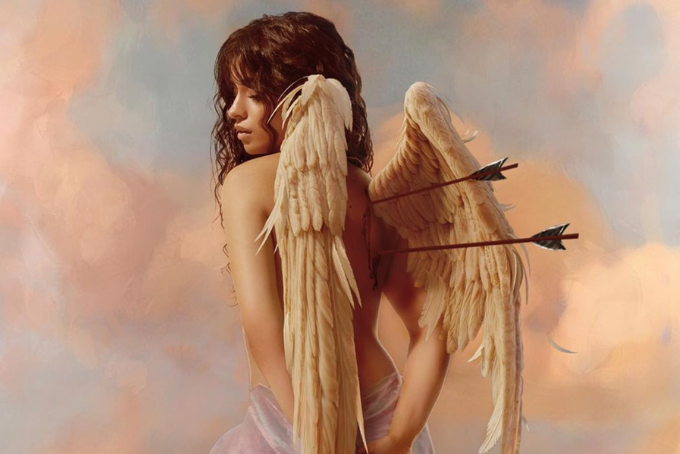 Camila Cabello is ready to drop a fire sophomore album, and she’s showing us just how ready by releasing two amazing new songs.

Cabello began teasing fans Labor Day weekend, throwing everyone in a frenzy for new music with some visuals that truly do belong in the Louvre. We have to say, the creative behind these releases is pure magic, leaving us in a dreamy mythological haze. If this is what Romance has in store for us, then we’re so ready.

The songstress dropped “Liar” and “Shameless” together on September 5, and while definitely different, we can tell why Cabello decided to pair the two. Both tracks tell stories of needing to be with someone even if you know that you probably shouldn’t be with this person—or shouldn’t be as attached you are. Regardless, like Cabello sings, you can’t help yourself.

“Shameless” has this sense of urgency, making you feel like your on the run, racing down the highway as you try to get to the one you love. Cabello croons, “So many mornings I woke up confused // In my dreams, I do anything I want to you // My emotions are naked, they’re taking me out of my mind,” before she jumps into the chorus where she declares she’s shameless in her need for the person she’s singing to.

And if she’s singing to rumored love interest Shawn Mendes, then girl, we can totally relate.

And while we’re on the topic of Shawn Mendes, like her recent collaboration with the heartthrob on “Señorita,” “Liar” brings the perfect hint of Latin flavor. Kicking off the tune with some horns, Cabello gets her listeners ready for the major sultry vibes she’s about to bring.

Similar to “Shameless,” Cabello is completely falling in love—or lust—with someone she probably shouldn’t be. She makes this clear in the pre-chorus while she sings, “I said I won’t lose control, I don’t want it // I said I won’t get too close, but I can’t stop it,” building up the tension. Regardless, we’re here for it, and if we’re being honest with ourselves, we know the feeling all too well.

She brings us release as she jumps into the chorus, singing, “Oh no, there you go, making me a liar // Got me begging you for more // Oh no, there I go, starting up a fire // Oh no, no.” And if it sounds familiar, it’s because the track samples Ace of Base‘s “All That She Wants” and a bit of Lionel Richie‘s “All Night Long.”

“Shameless” and “Liar” can easily stand on their own two feet, but the release of them together give us a great preview for what we can expect off of Cabello’s upcoming project, Romance.

One thing we’ve always loved about Cabello’s music is, despite the all-too-relatable life experiences she writes about, she never fails to make her music stand out—not only in its production but in its lyricism, too. Who else could make being clingy and unashamed about it an alluring concept?