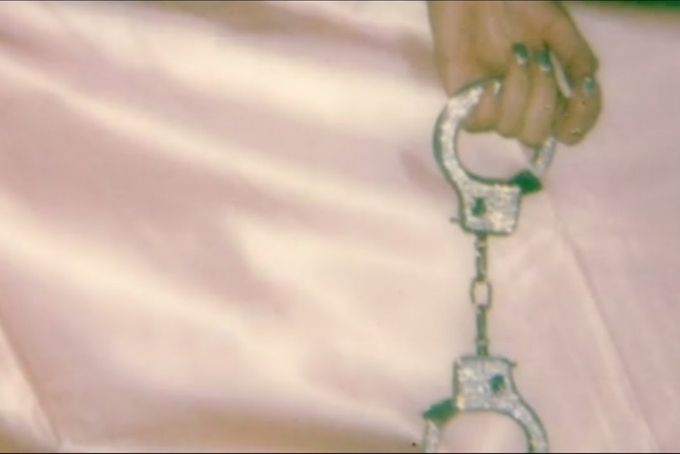 Preluding her upcoming album, Sunshine Kitty, Tove Lo releases her fourth single of this year, “Really don’t like u,” featuring Australian pop singer-songwriter Kylie Minogue. This collaboration was nothing less of genius and the two artists complement each other’s pop-heavy styles perfectly! A big factor of Tove Lo‘s success is her creative-yet-honest story-telling she uses in her writing. This particular single addresses the envious feelings you experience when you go out expecting to have fun, but end up running into your ex and his new girl at the function. “Really don’t like u” is a captivating track that’s so blunt and vulnerable, it’s nearly comical.

Tove Lo opens the track with spiteful energy, narrating her thoughts about her ex’s new girlfriend. She studies this girl from afar and wonders what this girl has that she doesn’t. She sings, “Scan you up and down / See you got curves in all the places that count / Oh, you in the crowd / He’s looking at you and he looks happier now.” The singer enters the vicious cycle of self-comparison and envy, which is something we’ve probably all experienced after a breakup. Tove Lo simply admits that although she thought she had moved on, she’s been lying to herself. The moment she sees her replacement, she enters a toxic and resentful head space. She gets straight to the point in the chorus and admits to his new love interest: “Really I just don’t like you / Look prettier than I do tonight.”

Kylie Minogue jumps on the second verse to back up Tove Lo’s brash attitude. She explains (to his new love interest), “None of it is your fault / And when I hate on you, I’m breaking the code / But you got him, I don’t, I don’t / Hard to be fair to you when I got my heart broke.” Again, Minogue is touching on a very common situation that comes with dating around in the city. She knows that she shouldn’t blame her hateful emotions on a stranger, when in fact the core of the issue is how things ended with her ex. Although she knows this, she admits that it’s so much easier to channel her anger toward the other woman. She low-key expected that she would run into her ex, but didn’t anticipate all the sinister feelings that become necessary to unpack.

What we love about this verse is that Minogue mentions “the code,” meaning that she’s acknowledging the violation of a huge feminist principle — “girl code.” Here Minogue takes ownership of her pessimistic behavior, but still has that itch to talk trash about this girl she really knows nothing about. This synth-pop track is oozing with honesty, making it a guilty pleasure for sure!

During a press release about the new single, Tove Lo shared, “Kylie and I met last year at an amFAR event in Hong Kong. When she said she wanted to work together, I made a serious mental note! I couldn’t be more thrilled and honored to have someone I love and respect so much on this track and part of Sunshine Kitty.” We couldn’t agree more! Tove Lo and Kylie Minogue come from the same corner of the musical world — their high-pitched pipes and sassy, badass feminine energy match up flawlessly for this collaboration.

Stream “Really don’t like u” now & be sure to keep the incoming release of Sunshine Kitty on your radar (September 20)!