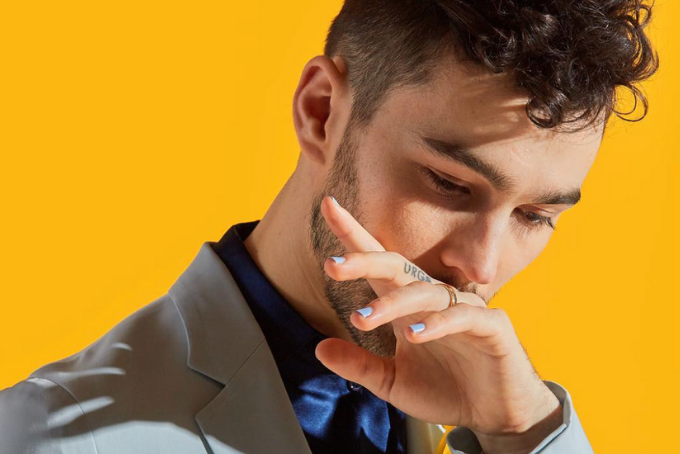 Pop music powerhouses MAX and Kim Petras have joined forces for a remix of “Love Me Less,” released last Thursday.

The original version featured a verse from rapper Quinn XCII. It also racked up about 70 million streams on Spotify and cracked the Top 20 on Billboard’s Mainstream Top 40 chart. MAX’s latest take on the song is poised to be just as big, with vocals and a predictably tongue-in-cheek verse from Petras.

“Love Me Less” drops Friday. Sending it to a few people early. Who wants to hear it? ⚡️

The song delves into the insecurities you can have in a relationship. “Would you love me less // If you knew the places that I’ve been? // If you knew the damage that I did,” MAX sings over a bubbly trap beat. The fun, upbeat production coupled with the introspective lyrics make this song a perfect blend of serious and silly. “Would you love me less? // Or would you love me more,” they sing in the bridge, and you get the feeling they know their lovers will stick around, no matter what secrets they might reveal.

Petras’ verse perfectly fits her sassy, onstage persona, with lines about spending cash on designer purses and trips to France, all in one weekend. “If I crash the car on Sunday // Would you love me less on Monday,” she asks in the most over-the-top line of her verse. She adds backing vocals to the rest of the song, and even manages to sneak in one of her signature Woo-Ahs.

“From the moment I met Kim, I not only knew she was an incredible person, but also one of the most talented artists and singers out there,” MAX said in a statement released along with the song. “I’m so honored to have her soaring spicy vocals on this new version of ‘Love Me Less.’”

Check out MAX and Kim Petras’ version below!