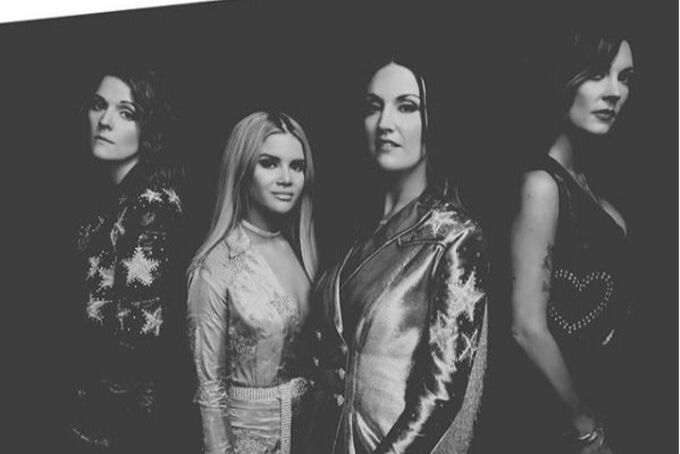 The debut self-titled album, now released on producer Dave Cobb’s Low Country Sound/Elektra imprint, flips the country narrative activated by The Highwaymen and construes tales of womanhood, both fictionized and truth. Album writers encompass Shires, Carlile, Morris, Hemby and other prominent songwriters Lori McKenna, Jason Isbell, Ray Lamontagne, Miranda Lambert and Laura Veltz, to name a few. The composition of The Highwomen is a necessary crusade vital in country music, especially considering the Southern passive aggressive incompetence of dignifying women on country radio. The Highwomen are here to conduct the start of change.

The band combats women falling a victim to ill-fated shibboleth, misogyny and racism in the refurbished rendition of Jimmy Webb’s 1985 ballad, “Highwaymen,” titled “Highwomen” and joined by Yola. These autobiographies depict a preacher who’s told she shouldn’t teach, an immigrant from Honduras who died throughout her journey, a healer who was hung in Salem after being accused of being a witch and a Freedom Rider who was killed on her way to Mississippi. “Redesigning Women,” the first single off the debut album, illustrates the modern functions and responsibilities of women. In a more lighthearted tune, “My Name Can’t Be Mama” humorously admits the impossibility of having a sick day, explaining, “It’s not that I don’t want to today / I’m not a fan of mornings / And I love my chardonnay / No, I’m not saying never / I won’t wish it all away / But my name can’t be Mama today.

“My Only Child” has Hemby portraying a mother’s love, consoling a child who wants a sibling based off of Hemby’s own narrative of her daughter desiring a younger brother or sister. “If She Ever Leaves Me,” written by Shires and husband Jason Isbell for Carlile, has Carlile singing about her pure woman and an ignorant cowboy who wants her to be his, but “she likes perfume,” Carlile cautions. “Crowded Table” continues the notion of settling down while “Loose Change” applauds emerging from an unhealthy relationship.

Balladry of love and heartbreak is a dependable theme throughout the self-titled, debut memoir. Personal loss is detailed in “Wheels of Laredo,” as Carlile sings the story of a young woman wishing to be reunited with loved ones across the border. “Cocktail and A Song” compliments Shires’ voice and gives the album its needed emotive vocal cry, as she sings from the context of a father dying, singing, “The day is close, it won’t be long / Couple of cocktails and a song / And don’t let me see you cry / Don’t you go grieving.”

The Highwomen are changing the ropes of modern day country music and are doing so one song at a time.