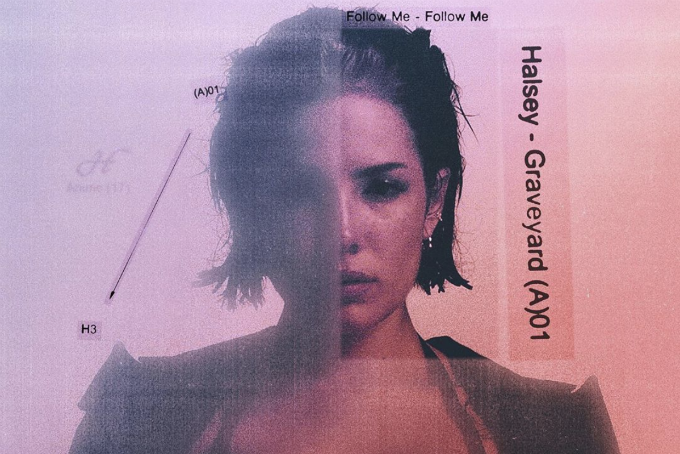 It’s almost spooky season! And just in time, Halsey has graced us with an amazing new track called “Graveyard.” Along with the single, Halsey announced her highly-anticipated third album. We might not receive Manic until 2020, but we’re getting a good taste now. What’s even more special about “Graveyard” is that it’s produced by the talented Jon Bellion. With that, the production and instrumentation on the track’s alluring. If this is just a taste of what Halsey 3.0 is, we’re HYPED.

Lyrically, “Graveyard” is one of Halsey’s most thought-provoking songs yet. It combines a bit of her two previous albums, but also brings something new to the table. The song’s about dating someone who’s in a bad place. However, the perspective’s of someone who both wants to support their struggling S/O endlessly, even if it’s detrimental to themselves. The lyrics can really hit home. Sometimes it’s easy to get caught up in a romance, even when it’s causing more harm than good. One of the most heartbreaking, yet beautiful lyrics is “The warning signs can feel like they’re butterflies.”

“Graveyard” has an airy feeling to its production and that works perfectly for the soft-but-dark track. Through the keyboards and programming, there’s a very obvious hint of Jon Bellion’s signature sound. This production goes well with Halsey’s vocals. With such a sad subject matter, the song still keeps things light with poppy sounds. The track shows a lot of growth in both Halsey’s talents as a songwriter and finding a group of musicians to help her words shine through.

“Graveyard,” along with “Without Me,” shows Halsey’s growth as an artist. Additionally, the singer shows her painting talents in an art time-lapse video that accompanied “Graveyard”‘s release. In this video, Halsey paints a life-sized version of her new album cover while the new single plays in the background. You can check out that video below! And hopefully soon we’ll get some more Halsey content, because I don’t know if we can wait until 2020.