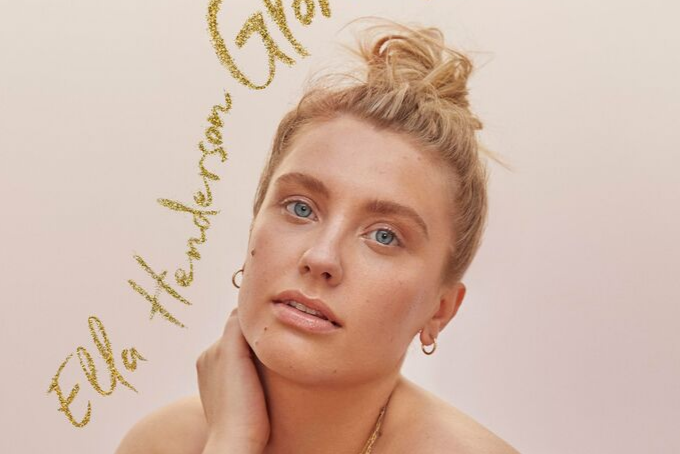 Four years after the release of her debut studio album Chapter One, Ella Henderson makes a grand re-entrance into music as she returns to build up her discography. Many know the UK singer-songwriter from her featured season on The X Factor alongside James Arthur, while others may recognize her from 2014 hit singles like “Ghost” and “Mirror Man.”

After a mysterious four-year-long break from the scene, Henderson courageously reaches a new breakthrough to create an upgraded version of her herself. Just a few days ago, Henderson dropped new self-empowering single “Glorious,” which gives fans a preview into her new upcoming EP, also titled Glorious. Henderson shared that Glorious is scheduled to be drop on November 8.

Henderson could not have chosen a better single to represent her new wave of music. The message of “Glorious” is written to be sweet and simple: we should love ourselves unconditionally because each and every experience we have makes our lives uniquely valuable. The single embodies traits of fearlessness, acceptance and vulnerability while empowering us to all fight our inner demons.

The way Henderson shares her truth is just as captivating as it is comforting. In the second chorus she sings, “Can we quit paying attention to opinions and perfection? //Before we run out of youth // Oh, ’cause we got flaws in all of us // But that’s what makes us glorious.” These hopeful lyrics play as an uplifting reality check we all need to hear.

In addition to the new single, Henderson provided fans with beautiful visuals that compliment her music flawlessly. The singer shared a strikingly abstract concept video to her YouTube channel last week, which features a diverse group of protagonists. Each individual featured in the video was hand-picked by Henderson based on their personal stories and unique experiences.

Although Henderson does not make a bold appearance her the “Glorious” concept video, she does make a statement in her choice of cover art. The artwork for this single uses a portrait of the star with a completely stripped-down makeup look and messy bun. Henderson trades in her go-to cat eye for a softer, more natural aesthetic. The artwork only solidifies her vision to present herself in the most organic, vulnerable way possible.

I wanna just say a huge thank you to Josh Newis-Smith & @glamouruk for taking the time to talk with me. This interview was my first one in years & the first time I’ve openly spoken about my mental health, anxiety & life experiences over the last 4yrs. It’s been a while since I released any music & coming back with a record like ‘Glorious’ I knew I wanted the opportunity to speak out about everything, but in my own words. I think we all experience anxiety at some point in our lives & I feel it’s so important for us to know that we should never feel embarrassed or ashamed about it. By opening up & sharing with one another… we can help to look out for not only ourselves but for others too. Self love & acceptance is something that I am still on my own personal journey with & I feel it’s so important for my fans & anyone to know that we will only ever be the best versions of ourselves once we fully embrace every part of who we are. Appreciate what you have, don’t dwell on what you haven’t. Surround yourself with real people who are only there for your best interests. Try to shush your inner critic & begin celebrating your strengths! Our general worth matters… and only WE get to decide who & what we become. Xxx. Ella x

To appreciate this “glorious” new single in its entirety, it is important to understand the context of this new release. The 23-year-old recently spoke out about the inspiration behind her return and explained what had been holding her back. In a recent interview with Glamour UK she shared, “It’s been a while since I released any music, and coming back with a record like ‘Glorious,’ I knew I wanted the opportunity to speak out about everything, but in my own words. I think we all experience anxiety at some point in our lives and I feel it’s so important for us to know that we should never feel embarrassed or ashamed about it. By opening up and sharing with one another… we can help to look out for not only ourselves but for others too.”