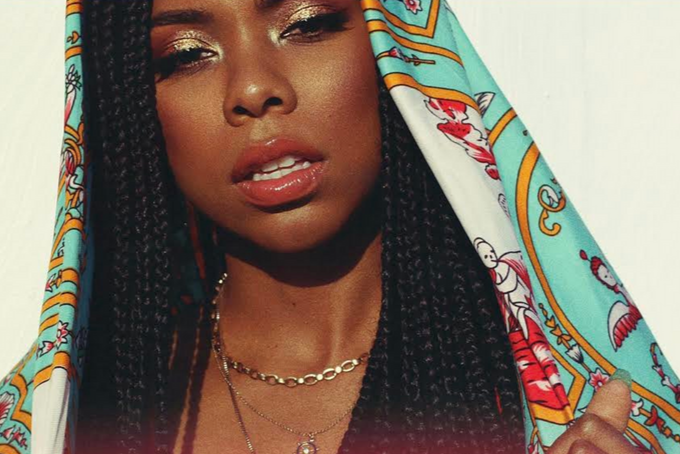 A force to be reckoned with, Soaky Siren is a singer-songwriter and rapper who is currently blowing up the music scene! The Grammy-nominated songwriter just released her new single, “Dope Boys,” and we got the inside scoop on the meaning behind the track and what we can look out for from Soaky Siren in the future!

Thanks for talking to us! Just to get a little more background on how you became a Grammy-nominated songwriter, how did you know you wanted to do this and become a singer-songwriter?

I’ve been obsessed with music from day one. At school, I was only interested in coming up with crazy concepts and writing songs around them, and at home, I’d be under headphones all the time. From early on, I knew I was an artist so I had to make it happen.

Initially, I figured songwriting was a way in and I ended up establishing a full-on career. At the same time, I’m making these records that are so stylized and dope, I had to put them out. It was time.

What have been some of your favorite tracks to co-write on so far?

It’s between Big Freedia’s “Rent” and Jason Derulo’s “Tip Toe.” “Tip Toe” was written in an Airbnb in Palm Springs. We heard the track, and it was just wave after wave at that point. When we wrote “Rent,” Freedia was going through some shit and I was like, “Don’t let people take up space in your head; they ain’t paying rent.” That conversation inspired the entire record.

snacks are cool but I really just want my meal. lens: @zacpoor

When did you know you wanted to be the one performing rather than just writing bangers?

Was there a big transition between being more behind the scenes to being kind of in the spotlight?

So far, it hasn’t felt like a huge transition. In a lot of ways, it feels like a natural one—like instead of making a record and just seeing the visuals in my head, now I make a bop and execute the vision. I do have to wear a lot of different hats now so the responsibility hits different. Otherwise, I’m still in the studio all the time creating. I think when I begin performing live, I’ll feel the transition even more.

What would you say is the hardest part when bringing a song together?

Getting bomb ass melodies, lyrics and production bundled into a record with a fire concept? That’s a whole mission. Every song is different. Sometimes the lyrics just don’t come to me, or sometimes the production doesn’t inspire me.  A lot of things come into play it just depends.

Congratulations on releasing your new single, “Dope Boys.”  The lyrics take on some deep topics. Can you tell us where you gained inspiration for the track?

Thank you! The record is a time-lapse of when dope boys were almost like Robin Hoods on my island, and the lifestyle was seen as goals. As misguided as it was, a lot of girls saw the bag so the consequences didn’t matter. Once they had the house, car and land, life was lit. But it wasn’t sustainable and eventually, you’d hear about so and so getting killed or that one being extradited to the U.S. It’s a story I’ve had in me for a while and the producer, DallasK, started playing the chords and the song ended up writing itself.

What do you hope fans take away from the story behind the lyrics?

There are layers to this record. There’s the obvious take away for everyone, which is: it’s not worth it, period. Don’t mind the lights, that life is dark and tragic. Then, there’s the take away for women in particular, which is go build your own kingdom beloved. You don’t need a kingpin for that.

However you get your bag is how you get your bag. Don’t be out here hustlin’ backward and looking for a man to change your life. And then there is the less obvious “why” of it all, like “Why was it a thing in the first place?” Just because we live in a paradise, it doesn’t mean it’s paradise for everybody. When opportunities aren’t equally supplied, the streets end up raising a lot of people and they’re trying to find the quickest way out.

Listen to Soaky Siren’s “Dope Boys” below, and catch her EP, Lucaya, out this Friday, September 20!