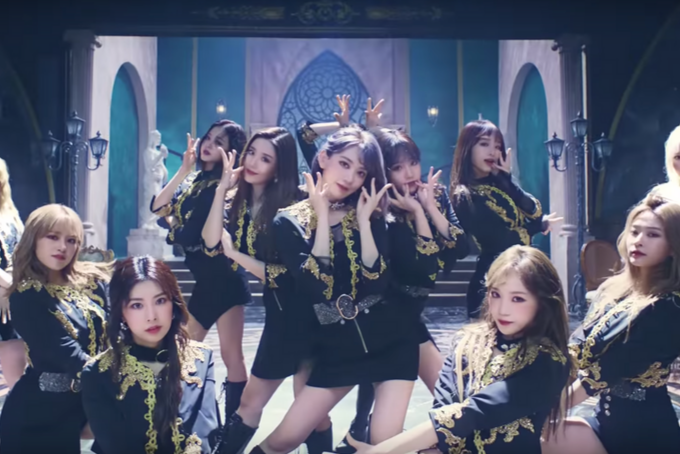 IZ*ONE is getting into the Halloween spirit early this year! The 12-member group has released their third Japanese single “Vampire.”

Pronounced as “eyes one,” the K-Pop/J-Pop hybrid group debuted on October 29, 2018. The group was formed on Mnet‘s competition reality show Produce 48. The group will be active until sometime in 2021 when they will disband.

“Vampire” is about the members wanting to become vampires so they can make their love eternal. It’s a simple, yet effective concept that has the potential for a sultry and haunting track.

Unfortunately for IZ*ONE, the song doesn’t carry that same eternal love upon listening. The biggest element that hurts this track is its production. The track is trying to do too many things at once.

It starts out on a jazz-pop note, before exploding into a soaring and dramatic orchestral arrangement in the chorus. At points, it sounds like it could be on a soundtrack for a fun spy movie (think Charlie’s Angels), before making a sharp turn towards something else entirely.

With all of these different style clashes, the track sounds muddled. It tries to add depth to the vocals, but it isn’t effective when the track swallows them up. This is most noticeable in the bridge when the members switch off sharing lines and have a chance to shine, but the track drowns them out with cymbal crashes and piano runs. There are short vocal adlibs at the ends of the verses that sound disjointed. The mix of the voice maturity voices within the group doesn’t quite sit right on an airier note. It’s a little jarring given the strength of the rest of their performance.

Ultimately, “Vampire” had the potential to be a sleek and alluring song, perfect to kick off the Halloween season, but the track is too crowded with unnecessary accents that the girls’ vocal delivery is buried beneath. The production really pushed the stake through the heart of this song.

Watch the music video for “Vampire” below.

Featured Image: Off The Record Entertainment