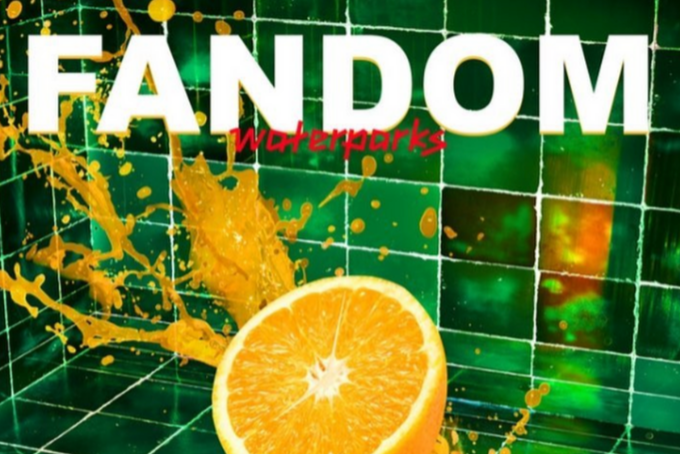 No one has ever accused Waterparks of being “hard” or “heavy.”

Since their first song, they’ve always leaned on the “pop” side of pop-punk. From “Stupid for You” to “Blonde,” it’s not like anyone was really expecting this band to put out a hardcore, mosh pit banger.

And yet, their latest single “[Reboot]” still manages to be more pop than one expects from a band that frequently graces the covers of Alternative Press and Kerrang! In fact, “[Reboot]” could easily be mistaken for a song by the Chainsmokers if a listener wasn’t careful.

In general, the singles currently released for Waterpark’s fourth album, Fandom, have leaned on a pop edge, ever shying away from the typical pop-punk fare that the band has become known for. “Turbulent” was techno, “Dream Boy” has more in common with K-pop than Fall Out Boy, and now, “[Reboot],” with its slow, top 40 pop stylings, is showing off an experimental side of Waterparks that even the band itself knows may not be well received, if their other single “Watch What Happens Next” is to be believed.

‪BOSTON SHOW SOLD OUT. THANK YOU. YOU ARE GOOD AND CUTE BUT NOT AS TALL AS ME 🙂 DONT WAIT ON TICKETS, BALTIMORE AND PHOENIX ARE NEXT‬ ‪tix: www.waterparksband.com‬ ‪vip: waterparks.veeps.com ‬

Being mad at a band for trying new sounds is very middle school, but in this case, it almost feels like in an attempt to grow, Waterparks has lost a lot of what made them great in the first place. “[Reboot]” in particular is missing the kind of punchy, shiny, Waterparks-esque hooks that make their songs so enjoyable and so sing-along-able. You’re not dancing to this song or shouting it at the top of your lungs. In fact, you’re probably not even hitting replay.

But Waterparks is done pandering.

On the bright side, while experimenting and exploring a more emotional side of themselves, they’ve also accidentally revealed a more mature side of themselves that hasn’t been present prior. “[Reboot]” is introspective, and for what feels like the first time, isn’t just singer Awsten Knight lashing out.

After all the frustration in songs like “Turbulent” and “Watch What Happens Next,” Knight has come down to room temperature. Sure, he’s still playing a bit of the victim card (like he always seems to) but at least this time, it’s not so much childish rage as it is a resigned sadness. He was in love. It wasn’t reciprocated. And yeah, that is pretty sad.

If these four singles are representative of what we have to look forward to in Fandom, then it’s likely that Waterparks has taken on a more ambitious effort than they’re ready for. But diamonds are only made under pressure, and the road to being a good band isn’t ever easy.

But sometimes, taking the easy way out isn’t always bad, you know?