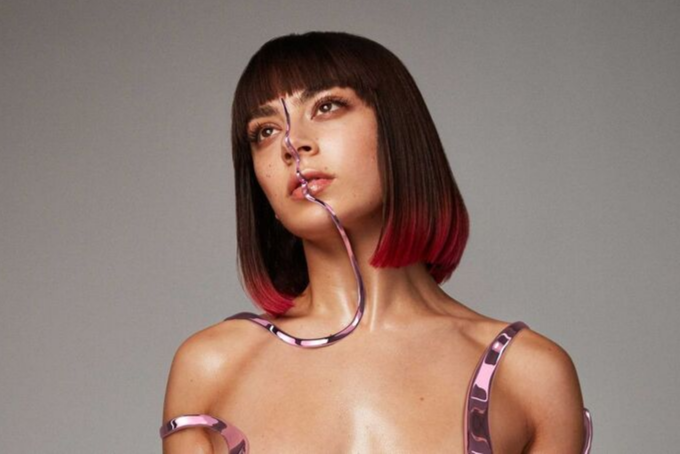 Charli XCX is back with her first full-length album in five years, titled Charli. Her most recent projects have been mixtapes that are a couple of tracks longer than an EP, along with some random song drops and many collaborations. Although an album seems like Charli’s return to the conventional, this album is far from anything that’s on the radio today.

Charli is full of collaborations with artists Charli loves and wants to shed light on in the mainstream. Don’t let the features fool you into thinking this is an Ed Sheeran-esque collab album. It’s very much Charli’s most personal work and the many tracks without features are extremely strong.

The album starts off with “Next Level Charli,” a bold statement that is very representative of Charli as an artist. It’s an introduction to her personality on a surface level. The song is reminiscent of Charli’s past discography with descriptions of partying until 7 a.m. and driving fast with her friends. But the second track, “Gone” featuring Christine and the Queens, marks the start of Charli being more vulnerable on this album.

The vulnerability continues in the third track, “Cross You Out” featuring Sky Ferreira, a song about cutting toxic people out of your life. Charli turns back to having fun in “1999,” a collaboration with Troye Sivan, that dropped almost a year prior to the album release.

Track No. 5 of Charli is a collaboration with pop princess Kim Petras and Tommy Cash. The song is titled “Click,” and it plays with the words click and clique, using them interchangeably to describe a squad that everyone wants to be apart of.

“Warm,” featuring the sisters of Haim, begins the love story that Charli tells throughout the album. Charli has recently shared more about her longtime boyfriend, and as a result, has started including personal details about their relationship in her music. On the solo track “Thoughts,” Charli worries about messing up her relationship while simultaneously dealing with the weight of constantly traveling and partying. On the next track “Blame It On Your Love,” featuring breakout star Lizzo, Charli admits that she keeps messing up in the relationship because she’s scared of how in love she is.

During the next four songs on Charli, “White Mercedes,” “Silver Cross,” “I Don’t Wanna Know” and “Official,” the singer strips away the collaborations and is more honest than ever. This collection of tracks detail the highs and lows of being in love. Charli talks about her insecurities, her fears and her unmatched dedication to her lover.

The emotional confessions are rudely interrupted by track thirteen, “Shake It” featuring Big Freedia, CupcaKKe, Brooke Candy and Pablo Vittar. The song is the most memorable on the album, purely due to its unique experimental production and sound. “Shake It” will catch your attention with its whispering verses, heavy breathing and distorted vocals. As weird as it sounds, it works. The following track, “February 2017,” featuring Clairo and Yaeji, brings listeners back to an honest place, where Charli recalls a time where she was begging for forgiveness.

The album ends with “2099,” featuring Troye Sivan, a follow up to their earlier collaboration that takes place exactly one hundred years earlier. The closing track sounds like a mellowed-out version of the opening track “Next Level Charli.” It’s a confident closer, with elements of Charli’s party personality mixed with the emotions we’ve experienced throughout the album.

Charli, the album, is a perfect representation of the complexity of Charli XCX as an artist. It introduces her to new listeners and re-introduces her in a new light to long-time fans. For an artist that takes pride in making party anthems, Charli is an emotional triumph in a way we haven’t heard before. Charli XCX stays true to herself and continues to experiment with production, include compelling collaborators and refuse to conform to traditional pop rules.