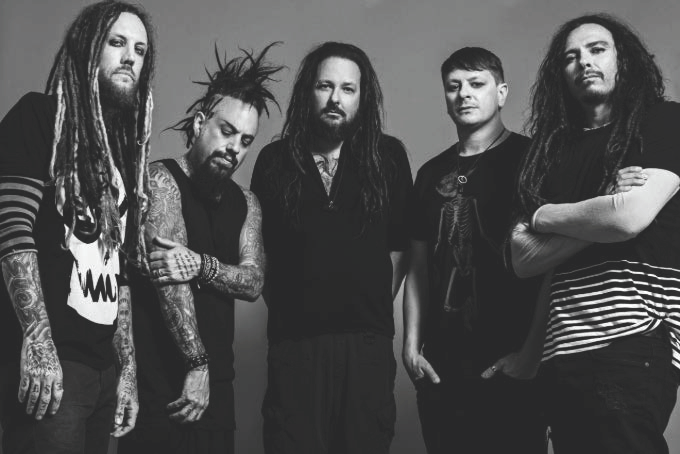 It can be hard to think of bands that have stuck to the same themes in their music for years and have been effective practically every time. Nu-metal icons Korn have shown repeatedly that they’re one of those bands. Korn have never been afraid to confront stories of despair and anger. However, with the band’s newest release, The Nothing, they’re showing that things can always get darker.

Frontman Jonathan Davis has said in multiple interviews that The Nothing would be Korn’s darkest album yet and he wasn’t joking. Korn records have been noted for their seemingly effortless balance of heavy instrumentals and gut-wrenchingly honest lyrics. Fans looking for that will still find the Korn they know and love all over this record, while finding a more refreshing approach.

The guitar and bass work, courtesy of members Brian “Head” Welch and James “Munky” Shaffer respectively, still carry over the strength and slap work from previous releases while leaving breathing room for other elements to have their moment. This is most notable on one of the album’s more brutal tracks, “Cold.” They switch off with guttural growls in the verses, pound your eardrums and even when Davis switches to singing for the chorus, arrive like a wave about to crash into the next verse.

Drummer Ray Luzier shows excellent restraint throughout the album, particularly on the track “Idiosyncrasy.” It’s a notable and well-executed contrast with the moments where he unleashes everything he’s got. It’s like an animal waiting for its chance to break its chains.

Compared to previous releases from the band, the album isn’t their heaviest instrumentally. It’s Davis’ songwriting and vocals that really pull listeners into the depths. Davis has never been afraid to talk about his demons and his past, but on The Nothing we hear more anguish than pure rage. Already on the album’s opening track, “The End Begins,” Davis — after repeated cries of “Why did you leave me?” and “They’re coming” — breaks into choking sobs over the bagpipes in the background.

A similar delivery follows in the album’s first single, “You’ll Never Find Me,” where it closes with Davis throwing something in the studio and cursing. Over this is Davis repeating the line “I’m not doing fine.” There are recurrences of Davis pleading in unending agony throughout other tracks. Who he’s pleading with is unknown, but hearing the unimaginable pain he’s in haunts you long after the song ends. The album’s closing track, “Surrender to Failure,” is the most heartbreaking. Davis grapples with loss and barely holds it together as he ends with the line “I’ve failed.”

The Nothing is an album that demands undivided attention, no matter how uncomfortable the themes can be. The songs, filled with heavy instrumentals that make one want to rock out, also reveal cracks in the tough exterior through its lyrics. Korn’s making listeners confront their darkest fears and pull us into their world, a place they like to call “The Nothing.”