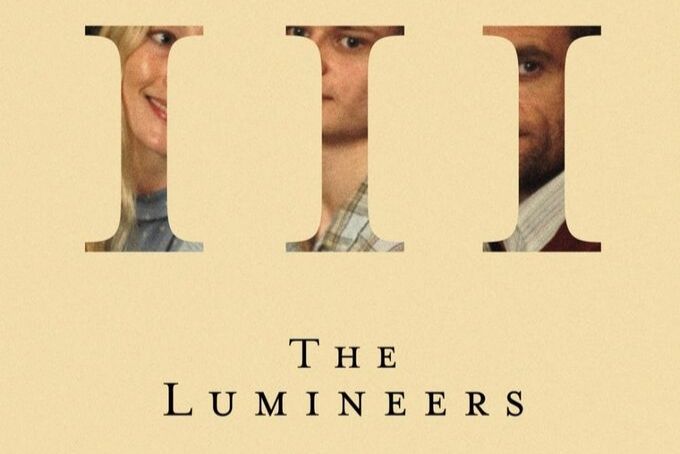 The Lumineers’ third album, appropriately titled III, is finally here! Split into three “chapters,” this album tells the story of one family, soundtracked by the folk sounds that made The Lumineers famous. In addition to the album, each track’s accompanied by a corresponding music video, which helps tell the story of the family.

The album kicks off with “Donna,” a slow-tempo piano ballad that tells the story of a woman who’s not entirely satisfied with her life. “You hate the name Donna // You love to judge strangers’ karma,” the singer croons, casting a somber tone over the whole song. It’s an interesting choice for an album opener, but it certainly gets the listener’s attention.

Next is “Life In The City,” which sounds more upbeat, but the lyrics share the same uncertainty of the previous song. “Woah, woah, living life in the city // Woah, woah, it will never be pretty,” the singer shrugs, before pleading, “And if you leave, don’t leave me all alone.” It’s hard to put your finger on what story this song’s trying to tell, but the instrumentals are pure Lumineers, complete with a jangling piano line.

If the first two songs were a little opaque, The Lumineers cut straight to the point with “Gloria.” If this unflinching list of details that describe Gloria’s addiction battle feels personal, that’s because it is. Lead singer Wesley Schultz said in an interview with the Times, “Gloria is real, and she’s close to me. The reason I created characters around her was to give me a buffer to be explicit without exploiting her pain. But it has become my family’s pain, and it was a relief to play them the songs. They feel like I have given them a voice and that it is an honest depiction of an awful situation.”

“Leader Of The Landslide” is another song that describes someone’s descent into addiction in agonizing detail. “Coffee mug, filled it up // Always knew what it was,” the singer says knowingly, before delivering the chilling refrain, “Is she dead? Is she fine? // Every day, every night.” Halfway through, the song picks up and, instead of being a somber description of addiction, the singer starts to point fingers, saying, “You blamed it all on your kids // We were young, we were innocent.” It’s an honest reaction from someone who knows they shouldn’t blame an addict for what they say, but just can’t help themselves.

“Left For Denver” closes out this chapter of the album. It’s a matter-of-fact song about someone who has been left by someone close to them who was an addict. “I didn’t say you’d be better off if you quit,” the singer shrugs. “What made you leave? And when you did, you left for Denver // Why? What did you know that I did not?” The song’s heartbreaking in its lack of emotion from the narrator.

The third and final chapter opens with “My Cell.” The uncomplicated production make the lyrics all the more poignant. “Falling in love is wonderful // Falling in love is so alone,” the singer states, a pitch-perfect description of the highs and lows we can go through when we love someone.

“Jimmy Sparks” is a vintage story-telling song with lyrics that tell the tale of Jimmy Sparks, a man who provides for his son through gambling after his wife leaves him. It’s a story of someone doing whatever it takes to stay alive and the instrumental matches that feeling. The production’s sparse for most of the song, with just vocals, guitar and piano, but as we reach the end, drums and a fiddle are added to the mix. This ratchets up the anxiety of the song, making you feel the urgency of the lyrics, “‘Cause it’s us or them // ‘Cause it’s me or him.”

“April” is a delicate piano interlude that carries us into the final part of the story, “Salt And The Sea.” This song returns to the running theme of addiction that characterizes this album. “I’ll be your friend in the daylight again // There we will be, like an old enemy // Like the salt and the sea” is repeated, driving home the idea that letting go of someone who can’t be saved is sometimes all you can do.

There are three bonus tracks included on the record and while they’re all special, it’s understandable why they didn’t make the cut for the final version of the album. III tells such a specific story; every song needed to be a perfect fit. “Democracy” is a cover of a Leonard Cohen song that describes the political landscape. “Old Lady” is an uncomplicated track, but the handful of lyrics about a grandchild describing their grandmother’s dementia still pack a punch. Lastly, “Soundtrack Song” is an account of the struggle between fighting your loneliness or allowing it to consume you.

III is the most ambitious project The Lumineers have put out and the risk was well worth it. Each song and video tells its story with such clarity and depth that, by the end of the album, you’ll feel like you know all of the characters involved.