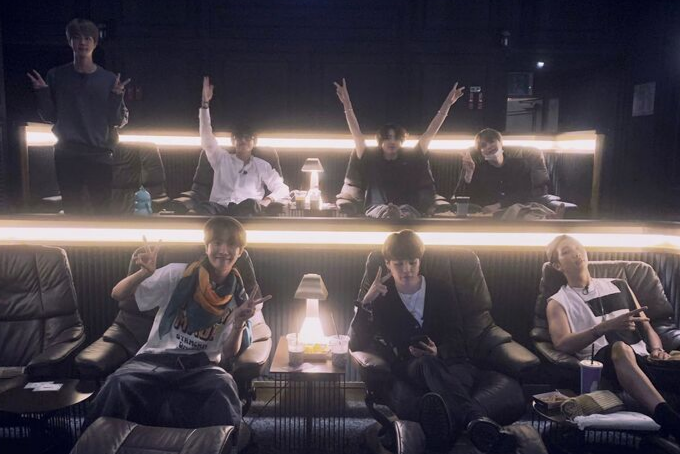 Time is running out for BTS as it has finally been confirmed that they will have to serve time in the South Korean military. Fans have been hoping for the possibility that due to their massive popularity that they would be exempt from service.

Mandatory military service has been required in South Korea since 1957. Male citizens must serve two years in the military between the ages of 18 and 28. Female citizens are not required to serve but can voluntarily enlist.

The talk around their enlistment has been gaining more traction as eldest member Jin will be turning 27 this December. The remaining six members will have to enlist in the next few years.

BTS fans around the world have been busy lobbying the South Korean government to exempt the stars from serving. They are citing the several categories of public figures who are able to receive exemptions from service. BTS, however, does not fall into any of these categories. Not completing mandated military service carries severe punishments, such as a prohibition on overseas travel. Previously, punishment also included potential jail sentences, but that law has been challenged multiple times.

In a statement to The Hollywood Reporter, a spokesperson for the Korean Ministry of Defense stated: “The Ministry of Defense is currently debating with related authorities on improving the current alternate service [program] in place of conscription, but nothing has been decided as to when a change may take effect.”

South Korea has been debating changing the law surrounding mandatory service over the past few years, including shortening the time citizens have to serve, but nothing will be changed in time to apply to BTS.

As for what the members think of the service themselves, they seem content with the matter. In an interview with CBS Sunday Morning, Jin said, “As a Korean, it’s natural, and someday, when duty calls we’ll be ready to respond and do our best.”

Given South Korea’s official response, fans are now requesting that the members be allowed to serve at the same time and in the same branch. Otherwise, there is a high possibility that each member could be separated from each other. A petition on Change.org states, “If all of the members can be enlisted together and return in two years, it will save them time and help their careers.” That petition currently has over 20,000 signatures.

What does this mean for the group’s career? It means that at some point soon, BTS will be going on hiatus while they complete their service. While serving doesn’t mean they are completely cut off from the outside world, they will not be able to record music and perform during that time. It is unknown yet whether the members will choose to begin their service at the same time.