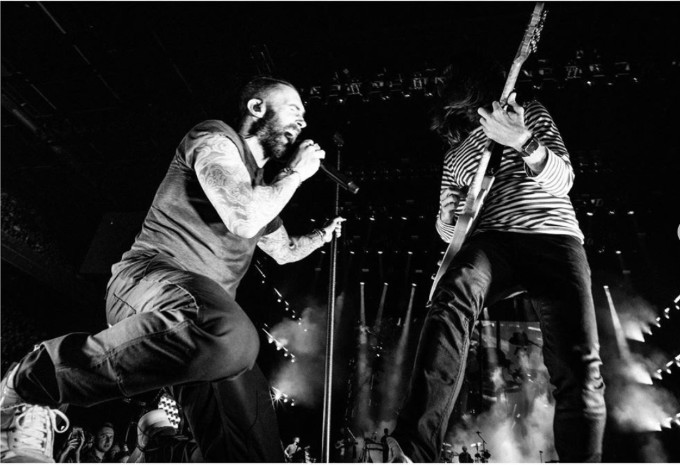 Maroon 5 dropped a nostalgic new single this past week, “Memories.” The stripped-back track showcases the soft vocals of lead singer Adam Levine. He looks back on good times he has had with loved ones.

Unlike many of the other upbeat Maroon 5 tracks, “Memories” takes a step back. Levine thinks about the times he had with a loved one that has now passed. “Here’s to the ones that we got // Cheers to the wish you were here, but you’re not // ‘Cause the drinks bring back all the memories // Of everything we’ve been through.”

The track continues on this theme with simple keys supporting his voice. After doing huge performances like The Super Bowl 50 Half Time show and riding on the success of tracks like “Girls Like You,” it’s refreshing to hear something simple and from the heart from them.

“Memories” is the first single from the band since “Girls Like You.” That track alone spent seven weeks at No. 1 on the Billboard Hot 100 chart. It’s shaping up to be a soft fall hit, slowly wrapping up the remains of the summer.

Leading up to the release, Maroon 5 posted a monster collage on their Instagram. Their feed included old photos of the band and even went all the way back to show pictures of the band as kids. The photos are ripped up and mashed together to create a stunning grid. It’s nice to be able to look back and see the band grow to where they are now all from their Instagram page.

Check out the new song here: