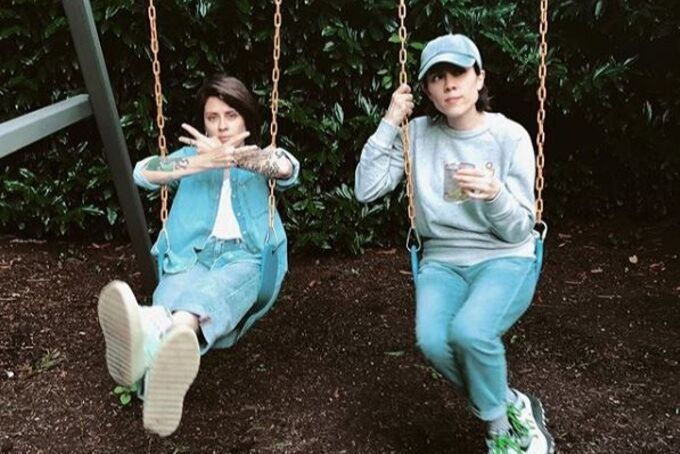 For most of us, Tegan and Sara are associated with vaguely queer, indie pop hits like “Closer” and “Boyfriend.”

But 2019’s vibe is way different than 2016’s (and especially 2014’s). There isn’t room for light pop songs like there used to be. With artists like Lana Del Rey and Bat for Lashes taking a sadder approach to pop, it feels like Emo Girl Autumn is in full swing — and Tegan and Sara are our newest crusaders.

“Don’t Believe The Things They Tell You (They Lie)” is an ambient, haunting track that sits in emotions, goth influences and raw lyricism more reminiscent of their earlier work than their mainstream success. Going back to roots is tricky, but for them, it works.

Two truths and a lie: 1) The next song you'll hear from our new record is "Don't Believe the Things They Tell You (They Lie)". 2) It's dropping TONIGHT at 9PM PST / 12AM EST. 3) It's being released exclusively on laserdisc. *Thanks to @beatroutemedia for using this as their cover photo this month! 📷: @trevorbrady1

The most important thing about any musician, especially when they get back to basics, is the sense of authenticity that they may or may not have. For the Canadian duo, it works and still seems genuine. With over 20 years in the music business, one might expect them to seem jaded or bored, but they still manage to write raw emotion — sometimes better than the newer artists.

For Tegan and Sara, vulnerability has always been a selling point, and even in their pop-leaning hits, there’s still a sense of sapphic yearning that’s undeniably genuine. Here, the song’s less about puppy-dog crushes and first love and more forlorn and weary, but as LGBTQ+ icons, it makes sense that in this current climate, the Quins want to talk less about bubbly pop topics and more about being, well, tired.

And while this could still be read as a love song, there’s something about it that reads way more like “don’t fall for propaganda.” From the lyrics that discuss being tired-but-restless to the lyric video that’s just text being blacked out over and over and over and over, one can’t help but notice the political undertones of this song and what it’s really trying to get at.

With their new album just four days away, we can’t wait to see exactly what they bring us in Hey, I’m Just Like You. Whatever it is, we know it’ll be good.