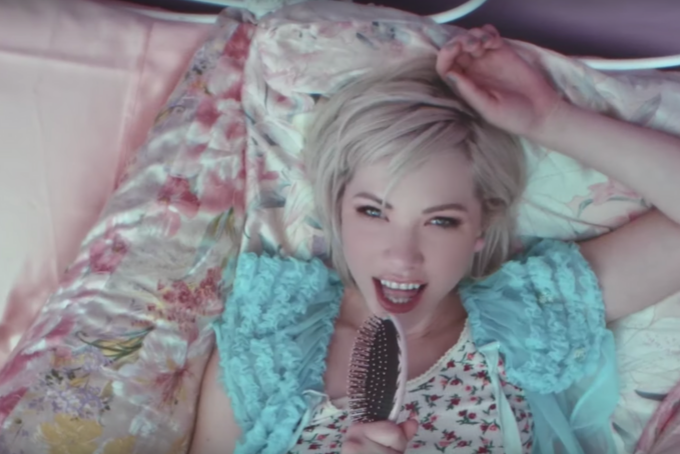 Carly Rae Jepsen dropped her latest music video last week for fan-favorite track “Want You In My Room,” and it’s just as fun as the song itself!

The video opens with Jepsen asking her Google Home device to set a timer for one hour – a countdown for the arrival of her date – then takes a dreamy turn, with Jepsen dancing in and out of doors that lead to beaches, yards and candlelit dinners.

She skips through each set while belting the lyrics of the Jack-Antonoff-produced track into her hairbrush, perfectly encapsulating the giddy feeling you get before a date. She also cycles through outfits, going from her underwear to a swimsuit to a fancy black dress, before going back to her underwear again.

The video eventually ends with the chime of her Google Home timer and the arrival of her date, who Jepsen pulls into her room – presumably to do some of those “bad things” she gleefully sings about in the chorus of the song.

Jepsen previously revealed in a Reddit AMA that she co-wrote “Want You In My Room” with superstar producer and artist Antonoff. “We kind of danced, screamed, and shouted at each other until it was written,” she wrote.

The video was directed by Andrew Donoho, who’s previously worked on music videos for Tinashe, Janelle Monae and Khalid. “Want You In My Room” is the latest music video from Jepsen’s fourth studio album, Dedicated. Previous videos include “Now That I Found You,” “Party For One” and “Too Much.”

The track has been a long-time favorite among her fans, who have begged her to make it a single and, luckily for us, Jepsen listened!

Check out the video below!