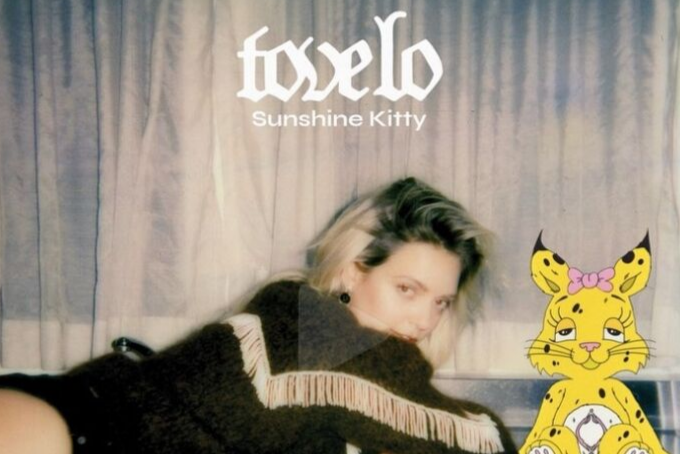 Tove Lo is back with her fourth album and although it’s titled Sunshine Kitty, it explores a range of emotions that wouldn’t be described as sunny. The Swedish songstress has clearly evolved since her massive hit in 2014, now releasing an honest ode to partying, friendship, one night stands and inconvenient emotions.

The album has an interesting intro that could easily be overlooked. It’s a phone call from Mateo, a character that Tove mentions throughout the album, speaking Italian and telling Tove that he plans to break up with Uma. It smoothly transitions into the first full track, which also happens to be the strongest song on the album. “Glad He’s Gone” refers to Mateo, a toxic boyfriend, breaking up with Tove’s best friend Uma. The song is written in a conversational format, where Tove Lo is consoling her friend and telling her honest opinion of the terrible ex-boyfriend.

“Bad As The Boys” featuring ALMA, introduces us to Tove’s own romantic life. Tove teaches us the important lesson that being heartbroken over a woman is just as bad as when it’s a man. In “Sweettalk my Heart,” we start to understand Tove’s desperation for love beyond just a fling. She pitifully begs a heartbroken hookup to “Stay Over” and romanticizes making love to someone in a relationship in “Are U Gonna Tell Her?” featuring Mc Zaac. Between the raw lyrics and explosive club production, listeners are painted the perfect picture of Tove Lo’s beautifully messy love life.

In Sunshine Kitty, Tove names characters inspired by her real-life by name. She drools over a French lover in “Jacques” with Jax Jones and pines for attention in “Mateo”. In “Come Undone,” Tove expresses her possibly unreciprocated feelings without club distractions.

Back in the club, Tove finds someone to pursue that is as “Equally Lost” as she is. The song brings us to a new setting with its island sound and collaboration with Doja Cat. Tove then sees her ex with a new girl and expresses her self-aware jealousy in “Really Don’t Like U,” featuring veteran pop princess Kylie Minogue.

Tove Lo starts to realize that pining over boys who don’t reciprocate is unhealthy and it’s important to put your energy in the right place. “Shifted” symbolizes a switch in Tove’s attitude where she proclaims she is “done putting in work.” She talks about the insecurity that comes with jealousy in “Mistaken” and tops off the album with her version of a strings-attached love song.

Sunshine Kitty ends with “Anywhere U Go,” an illusion-like description of Tove’s idea of a perfect love affair. It’s completes the hazy adventure of desire and disappointment that Tove Lo describes throughout the album. It has consistent heavy club beat production that urges listeners to have fun but is paired with lyrics that will break your heart. Tove Lo’s Sunshine Kitty is an album for those who have tough luck with love and need to dance the pain away.