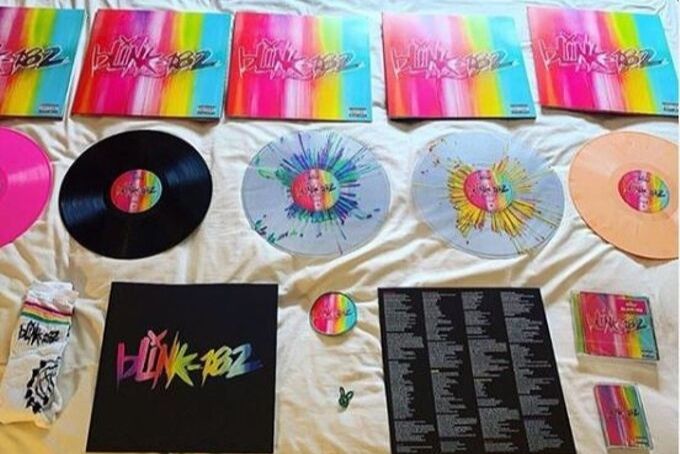 With bassist (and only original member left) Mark Hoppus all but admitting that Blink-182 did their best work with Tom Delonge, maybe even they knew NINE wasn’t exactly a home run.

Blink-182 have been making music for upwards of two decades and at this point they could likely crank out albums in their sleep. And after a first listen to their latest effort, one could argue that NINE was, indeed, done while the San Diego trio was half-awake.

While they have long since grown past being the class clowns of the pop-punk scene (and really, haven’t been much of a joke band since 2001), there’s usually something gripping about Blink-182 albums, with more than a few moments that make you want to get up and mosh.

But NINE has no such moment.

One of the biggest problems with NINE is just how generic it is. There’s nothing about this album that stands out, either as a stellar piece of music or as a Blink-182 record. No searing drums, no interesting basslines, not even a good joke. In a word, it’s sterile.

There are certainly standout tracks (“Darkside” is one of the most memorable parts of the record, for what that’s worth), but overall NINE doesn’t leave the listener with anything substantial.

Aside from that, it’s how unrelentinglylong it is. While 41 minutes doesn’t seem like a long time, for a band that’s been categorized as “punk,” it definitely is. Not to mention that there are 15 tracks on this record; a hefty number that could’ve been reduced by no less than a third. To be perfectly frank, there are several tracks on this record (including singles, “Happy Days” and “Blame it on My Youth”) that would’ve been better left off or left as a standalone track than weighing the effort down.

Our NINE vinyl variants are moving fast. Stock of all 4 types (excl black) are starting to run low – don’t sleep on these collectibles! 📀 #blink182NINE

This misstep’s particularly upsetting because Blink-182 is, historically, a good band. Even with the complaints of the band “changing,” California, Neighborhoods and their 2003 self-titled/untitled record still had memorable moments and interesting hooks. Heck, “I Miss You” became a staple of emo music and it was a massive departure from what people had come to expect from them. Different isn’t bad, but it has to be well done.

Even the title suggests that maybe Blink-182 as a unit has just run out of steam. NINE. They couldn’t even come up with a proper title — it’s just the number of albums they’ve put out. And while it’s certainly a serviceable album — one that fulfills a contract and will probably have a song charting somewhere in the Billboard Hot 100, it’s not essential Blink-182 listening. In fact, it’s something that, in time, will probably be labeled as “skippable,” kind of like The Godfather Part III or the entirety of the Star Wars prequel series.

It’s kind of a shame, too, because it really does feel like there were attempts to tackle subjects like depression, aging and relationships gone sour — and when Hoppus delivers on serious songs, he truly delivers — “Adam’s Song” is an excellent and honest take on depression. “Blame it On My Youth” is an old man yelling at kids to get off his lawn.

Instead of being open and honest, like it was probably meant to, so much of this album comes off as bitter, lacking any of the usual self-awareness or levity that we’ve come to expect from them. And when a Blink-182 album isn’t fun? Well what’s the point of having a Blink-182 album at all?