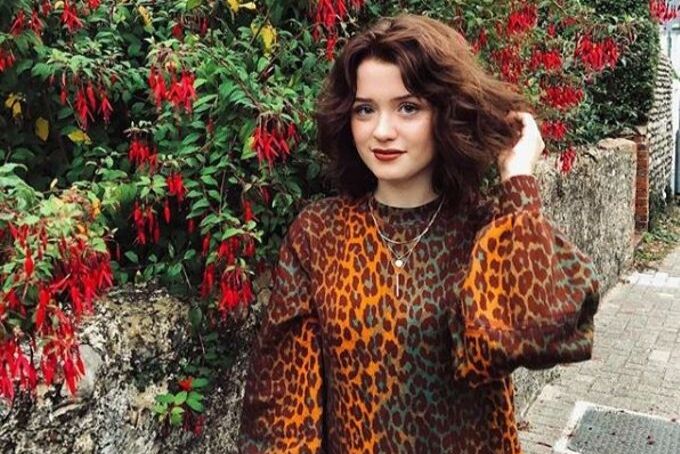 English songstress Maisie Peters primitively assembled her fanbase online with original songs “Over You,” “Built A Boat” and “Maybe,” reaching over 60,000 subscribers on her YouTube channel. Beginning writing songs at a mere age of 12, by 17 years of age, Peters had released “Place We Were Made,” which went viral, escalating the youngster’s career and amassing a wide fanbase and success before adulthood. The singer-songwriter has returned with news about her forthcoming EP, It’s Your Bed Babe, It’s Your Funeral, alongside the unveiling of the songstress’ new single, “This Is On You,” following “Favourite Ex” from last April.

“This is on You” has Peters divulging the narration of a sad party girl, confessing, “So you’re calling me drunk and you’re outside a club and you’re lonely in Soho” in a New York minute. Peters ventilates a reality familiar to a number of females during a night out: the all-too-well misery of dodging unwanted phone calls and drunk dials. No matter how she tries to escape the phone calls, they keep coming from everywhere. The toxicity’s ineludible and two-sided, whereas the desperateness of a renewal’s only one. Ultimately, sometimes the happiness of a relationship is fractious. About the single, Peters states, “The message of the song is empowerment, acknowledging your self-worth and accepting that you did all you could to help someone you cared about, but ultimately their happiness is not on you.”

The single — co-written by Peters and Sophie “Frances” Cook, a fellow British singer-songwriter known for recent album, Things I’ve Never Said — is the first track from the YouTube star’s new project It’s Your Bed Babe, It’s Your Funeral making its debut on October 4 through Atlantic Records.