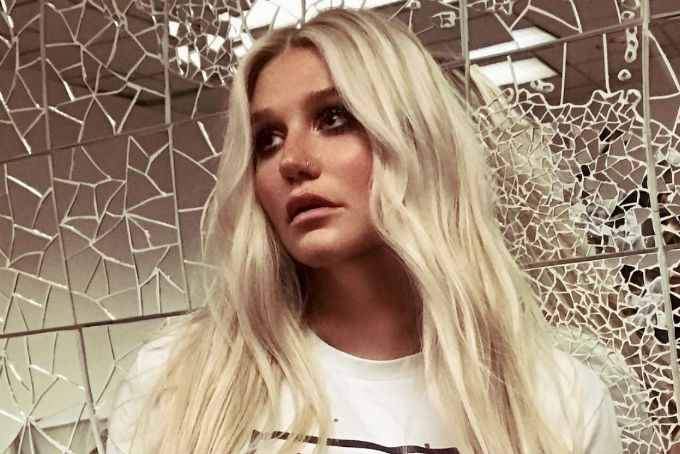 Clad in lengthy brown hair and loud patterned outfits, Kesha sits down to talk about her upcoming music. Since the release of Rainbow, it’s been interesting to think of what Kesha might make next. In her latest feature with Billboard, she discusses everything from writing sad country songs to not giving a f*ck about creating pop songs.

Although she is still in the thick of her legal battles against Dr.Luke, Kesha has taken a fresh take on her life as an artist and a woman. For her new record, she just wants to “write the f*ck out of some pop songs.” After all of the emotional turmoil of legal proceedings and living through those dark times has made her ready to “put a solid footprint back into pop music.”

The new record will feature collaborations with her songwriter mom Pebe, Tayla Parx and Dan Reynolds of Imagine Dragons. The new record promises to go back to carelessly fun pop. Kesha isn’t here to take the high road, but to tell it how it is.

On the topic of the new record, Kesha says that she “proved to herself that she could find a balance between her early style and her more recent, introspective inclinations.” The blending of the two styles will be something that hopefully her earliest fans and new listeners will be able to enjoy thoroughly.

Although her upcoming record is focused on pop, Kesha also has a plethora of songs to share. Her team says she has “a gorgeous folk album just waiting for its moment to shine.” After some of the more folk and country tracks from Rainbow alone, it is just more proof that Kesha is here to create powerful music for every kind of emotion that she may feel.

Fans of Rainbow, and specifically, its iconic anthem “Praying,” should get excited for another anthemic song coming up on the new album. The song deals with her growing up without a father and contemplating having children. On the topic, she says “Everything goes up and down, so you ride the highs and you songs about an awesome night…and sometimes you write songs about what it might have been like if you grew up with a father. And hopefully, the world has realized you can be multidimensional.”

Kesha’s upcoming record is still in the process of being mixed and is currently due out in December of this year. We don’t know about you, but we can’t wait to hear what pop bangers Kesha is about to unleash.