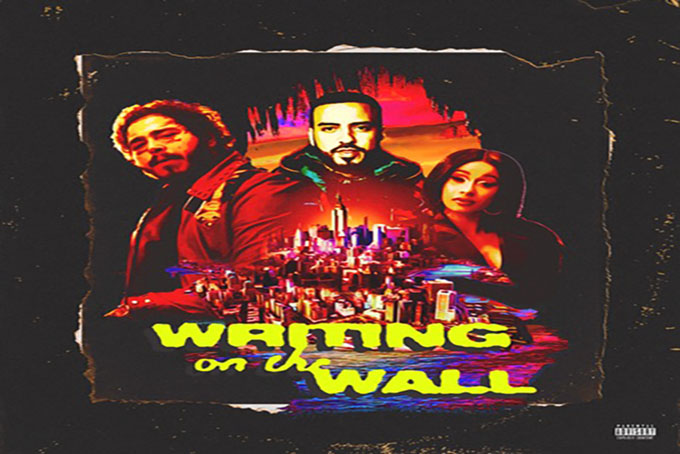 If you’ve been searching for the perfect collab to kick off your week, then look no further. French Montana is back and he dropped a new single and music video, featuring Post Malone, Cardi B and Jamaican dancehall producer RVSSIAN.

“Writing on the Wall” is the official introductory single for French Montana’s third studio album. The self-titled album MONTANA is projected to release in November. MONTANA‘s rumored to include a variety of artist collabs that Montana has recently debuted. Talks of the new album have been cumulating since April and will be French Montana’s first album since 2017. Epic Records released “Writing on the Wall” in a single and a music video on September 26. French Montana dropped hints on social media for the single and the album as a whole. He also showed his excitement for the single through social media by posting teaser trailers. Montana posted a few photos with Post Malone and Cardi B on his Instagram prior to the release.

Here’s a look at some of French Montana’s Instagram teasers:

ME AND MY BROTHER POSTY 🤘🏽Go watch NOW!!! Link in my bio

WRITING ON THE WALL OUT NOW !! SOUTH BRONX 🤟🏼 @iamcardib @postmalone prod by @rvssian

Additionally, French Montana’s single has his usual alt-R&B sound and highlights his Moroccan-American heritage. The lyrics talk about Montana’s lavish lifestyle: “Egyptian cloth on my body // Diamonds like 6ix9ine hair // Now we comin’ through the back // We don’t go to the concierge,” which we all wish we could take part in. The music video also shows Montana, Posty and Cardi larger than life and makes us want to experience their lavish lifestyle. French Montana co-produced the music video himself, which further shows his creative edge.

We’re excited for French Montana’s self-titled album to release in November, and if it’s anything like the “Writing on the Wall” single, it’ll definitely not disappoint.

Listen to “Writing on the Wall” now: