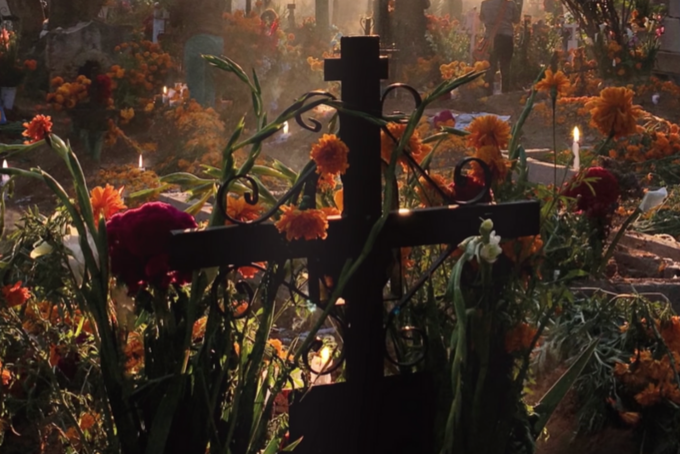 The release of Foals‘ next album Everything Not Saved Will Be Lost Part 2 is on the horizon, but the band isn’t making fans wait for new music. The band premiered the new track “Into The Surf” on Beats 1 with Zane Lowe on September 25.

“Into The Surf” is an expansive sonic landscape while stripping away most electronic elements and heavy-hitting instrumentals. Shimmering effects create an airy environment. Steady piano and drum beats keep the track moving along alongside lead singer Yannis Philippakis‘ melancholy and longing vocals. The instrumentals take a step back on this track, making sure each element melds into another, creating a dreamy atmosphere.

“Into The Surf” is the opposite of the band’s previously released singles “Black Bull” and “The Runner,” where the band plays with aggression and uncontained energy. Here, the energy is just as powerful, channeled into creating an entirely different mood. Listening to the tracks right after each other creates quite an emotional rollercoaster.

In an interview with DIY, Philipakkis explained the inspiration behind the track, saying, “There’s this shadow of death, of someone not returning from a voyage. There’s a type of Greek folk song that’s always to do with the immigration of Greek people and how dying on foreign shores is always viewed as the worst fate—to die far away from your home and your family.”

Everything Not Saved Will Be Lost Part 2 is set for release on October 18. Foals have upcoming show dates at Bime Festival in Bilbao, Spain in November and three shows in Japan in March 2020. Listen to “Into The Surf” below.