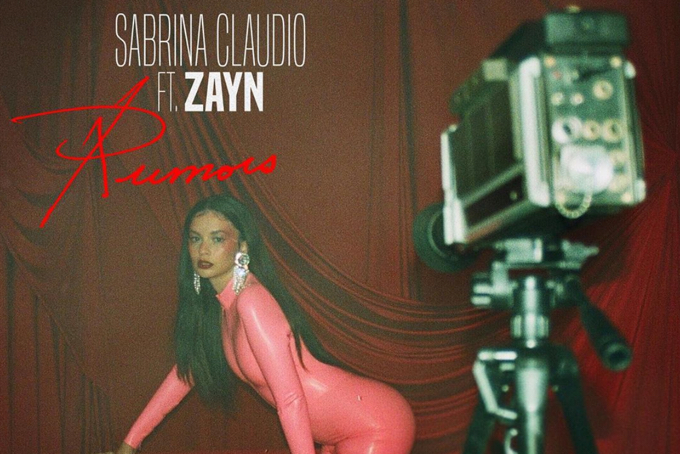 Sabrina Claudio‘s second studio album, Truth Is, dropped on October 4 and with it came a new song featuring R&B connoisseur Zayn Malik. The Miami-born newcomer tackles some scandalous gossip with Zayn in her latest single, “Rumors,” and the resulting sound is steamy, to say the least.

Credited as the song’s sole writer, Claudio flips the table on those spreading suggestive stories about her and Malik. Not only does she like the “rumors” she hears, but she’s intent on turning those false whispers into a legitimate love affair. The chorus is the biggest testament to this, where the songstress reveals, “All these rumors about you and me // How can we make this a reality?”

The British singer is immediately onboard, crooning lines like, “He said she said your body’s a temple // I think I’d pray just for the sight of you.” By the time the bridge rolls around, both musicians have confirmed that they’re ready to risk it all, voices joining to encourage a “face-to-face” encounter, in order to “find out if it’s true.” After all, actions have always spoken a bit louder than words.

The production work, courtesy of Sad Money and Sir Nolan, borrows heavy influence from old-school R&B tracks. The drum patterns are sleek and the track benefits from breathy atmospheric sweeps tucked amid the instruments. Claudio’s vocals are nestled flawlessly within the beat, adding to the song’s vibe rather than overpowering or diminishing it. Zayn’s voice packs a similar effect, which isn’t a surprise for fans. His voice has always been famously silky, even during his years as a One Direction member.

“Rumors” is the third official single from Sabrina Claudio’s Truth Is. You can stream the full album online and check out her Zayn collaboration in the video below: