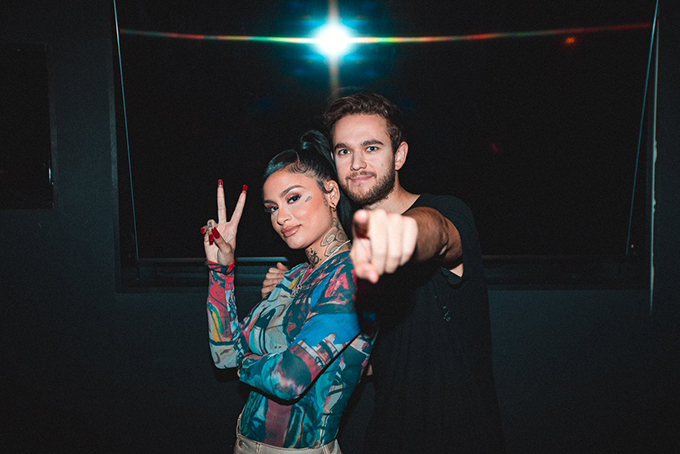 As many fans know, Zedd is back and is bringing R&B artist Kehlani with him into the spotlight. Zedd released his newest single “Good Thing” on September 27 with Kehlani, and it quickly hit the charts.

The collaboration, originally teased in August, was officially announced by the Russian-German producer a week before its release. Zedd’s sound in this album strays away just a little from his usual sound; however, it does not disappoint. This newfound sound blends with Kehlani’s strong vocals to make the song energetic and fun. Needless to say, there was not much time between the release of the single and the music video.

A little peek behind the scenes of the Good Thing video with @kehlani. ❤️

The music video takes a strange twist on what viewers might have expected to be in it. The lyrics make the song seem like it is not about having a significant other and screams independence, but the music video tells a different story. The music video is longer than the song and does a good job building a different theme of not needing societal pressure.

The video begins with Zedd playing piano at a fancy restaurant and is surrounded by society’s elite. He can’t quite be good enough for his manager but continues to play anyways. The song starts to pick up when Kehlani comes in to “work” in the restaurant. She puts on her uniform, puts a fake smile on her face and serves her guests throughout the restaurant. While she tries her best, her actions do not go without catching eyes from the guests.

The song changes pace when a revengeful guest spills wine on Kehlani, making her take off her uniform. After the incident, Kehlani shows off her dance moves and dances around in sparkly performance clothing. She sings and dances about her independence and self-awareness until one guest hands her the check along with multiple $100 bills and a note that reads, “I’ve got a good thing for you.” Kehlani says, “Just the tip,’ and then she and the dancers head into the final show-stopping dance number. The music video is unusual, but it fits the theme of independence and not needing anyone else.