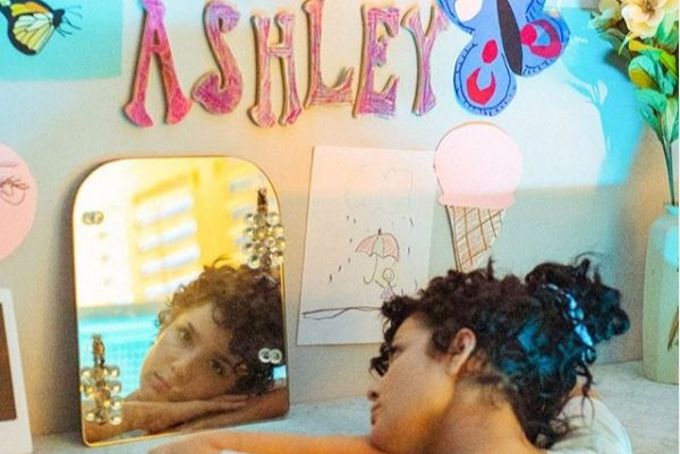 Halsey‘s back with another music video for her upcoming album Manic and it’s magical. This video follows her video for “Clementine,” which included her younger brother Sevian as a co-star. Halsey has been known to tell stories with her albums and videos and always seems to have Easter eggs hiding in them. After watching the two videos, there’s definitely a clear connection between the two of them.

you guys have already figured out so many clues. so quick!

The song “Graveyard” is about being in love with someone who’s in a very dark place and even though it may be a mistake, you follow them to that dark place anyway. In the beginning of the video, we see Halsey sitting in her bedroom sketching a picture of a girl who we soon find out is Euphoria actress Sydney Sweeney. We see the two of them frolicking around a colorful carnival, laughing and enjoying each other’s company. The two continue to have fun together until they come across the aquarium seen in the video for “Clementine.” Halsey was able to enter, but her lover vanished at the entrance.

After falling through a mysterious pool in the aquarium, Halsey wakes up in an abandoned, less colorful version of the carnival. Many fans have speculated that the meaning behind this scene is her transformation from Ashley to Halsey and becoming a new person after being trapped in that dark relationship. We definitely can’t wait to see more of this story unfold as Halsey releases more music prior to the release of Manic in January. Halsey has always been passionate about storytelling with her records and we already have high expectations for the rest of the album. Leave a comment down below and let us know what your thoughts about the music video are and if you noticed any of the hidden clues.