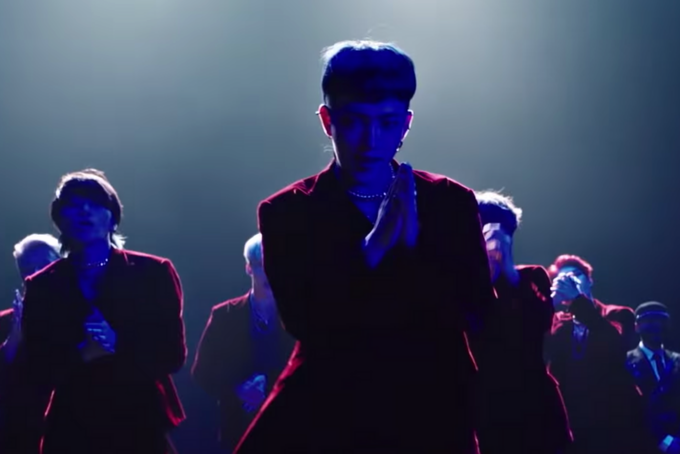 K-pop group ATEEZ, is back with their Treasure EP.Fin: All to Action album. This is the final release from their four-part Treasure album series. Since their debut one year ago, the boy band has established themselves as one of K-pop’s most exciting new groups.

The eight-member group dropped the 11-track album, featuring the title single “Wonderland” and instrumental intro and outro tracks. Rappers Hongjoong and Mingi are credited as co-writers throughout the album. As their debut journey comes to an end, the group shares some of its most uplifting songs to date while retaining their unique sonic production and distinct performance style.

On the dynamic title track “Wonderland,” the boy band takes listeners on their journey to a “wonderland,” drawing inspiration from the likes of Peter Pan and Jack Sparrow. With a thumping instrumental, including heavy percussions and brassy horns, it’s got that signature stylistic and pompous flare. The group dramatically delivers on their charismatic verses and raps. The accompanying music video has the members serving as soldiers as they lead you on the path to the future. All the while, showcasing their aggressive choreography in front of a fire and marching band.

Continuing the theme of new beginnings, the album is nothing short of hard-hitting with upbeat inspirational anthems, like “Dazzling Light,” “Win” and “Sunrise.”

The group then slows it down with the mid-tempo tracks “Thank U” and “With U,” most likely written for the fans as the album and era come to an end.

The rookie boy band finishes their debut era with a dazzling new album, but at the same time, they have their fans looking forward to their bright future.

The rising stars recently signed to RCA Records for distribution in the U.S.

Listen to ATEEZ’s Treasure EP.Fin: All to Action Now: