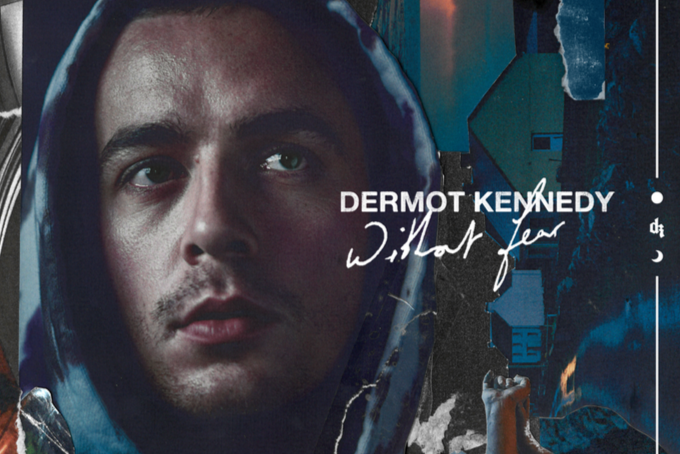 Combine material from Ed Sheeran with X Ambassadors and “Let You Down” singer NF, and you have Dermot Kennedy.

Over the last few years, the 27 year-old Dublin native has worked with many popular artists behind the scenes, such as Lana Del Rey, Kanye West and Travis Scott. Now, he is gracing a growing fanbase with his album Without Fear, appropriately titled for his debut. He is notable for his musicality — a unique blend of soft-sonic beats and poetic lyrics with a strong impact. Often, the rhymes are spoken in the song with a rap-essence and tons of raw emotion.

The collection is a series of singles that were released during his rise in the music industry, so some may be familiar to his OG fans. The songs are honest, candid and sincere. His lyrics create a figurative punch, paired with his distinctive, eccentric and oftentimes raspy voice, which keeps listeners engaged from beginning to end.

I'm going to be playing on #TheJonathanRossShow tonight! Tune in from 10:30PM on ITV STV

The album begins with two emotional ballads. Kennedy addresses his youth, his home, an old love and how we often “harbor” the “hurt” we feel in dark times. “An Evening I Will Not Forget” and “All My Friends” contain piano keys that later transcend to electronic beats as the song takes different turns.

The album showcases Kennedy’s story, beginning on the streets of Dublin. There are frequent depictions of nature (check out “Dancing Under Red Skies”), which is pleasing, and true companionship with a past romance in lyrics like, “Sitting out in warm winds, flecks of sun painted on the sea,” and, “Amongst artists in heartlessness, dealing in darknesses // I know, I know // One time nobody ever got my soul right like she could.”

Then, we’re elevated in “Power Over Me,” a strong anthem with contagious energy. Drum beats in the chorus signal his infatuation. He sings, “You’ve got that power over me, my my // Everything I hold dear resides in those eyes” emphasizing the idea that the eyes are the gatekeeper of the soul (Emerson, anybody?).

The tracks “Rome” and “Redemption” dive more in a past, romance story. The sounds of the tracks are different, yet compelling and inviting, along with “Moments Passed.” That electronic-heavy fifth track takes you on a ride, as Kennedy professes his anger when love is unreciprocated.

The songs that circle back to the album’s identity are “Lost” and “Outnumbered.” His intention is to remind us of our self-worth and resilience in hard times, as well as trusting your circle of supporters, singing “I wrote some words and then I stared at my feet // Became a coward when I needed to speak // I guess love took on a different kind of meaning for me.” Kennedy can connect to the feeling of burning out and losing your light. Align with his words and reconnect with your worth.

The tracks that unapologetically display vulnerability are “What Have I Done,” “The Corner,” “Without Fear” and “Outgrown,” with tribal soft drum beats that invite the listener to take a closer look at Kennedy.

So, you won’t be disappointed with Dermot Kennedy, a musician that taps into the listener’s emotions and soul.