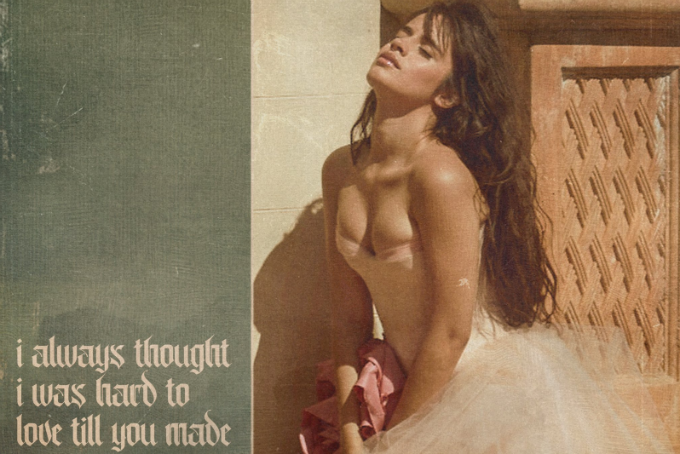 Camila Cabello has released her strongest track yet with “Easy.” The song is the fourth promotional single that’s been dropped from her forthcoming sophomore album, Romance.

The 22-year-old “Liar” singer posted a video with a lengthy description on her Instagram page describing what the song is about.

The song is most likely an ode to her current beau, Shawn Mendes; Cabello sings about the ways in which her significant other has helped her love herself and feel loved for the first time. When speaking to Elle Magazine for their October issue, the “Havana” singer revealed that she had not fallen in love with anyone up until the year prior, saying, “I think there is so much more depth to love when you know you are in it with another person.”

The chorus is a beautiful confession: “Always thought I was hard to love/’Til you made it seem so easy, seem so easy/Touch me ’til I find myself, in a feeling/Tell me with your hands that you’re never leaving.”

One of the reasons this song is Cabello’s best yet is because it showcases her vulnerability. It isn’t trying to appeal to mainstream radio like “Liar” is, which is serving as the lead single off of Romance. “Liar” is a fun song with a catchy beat, but there’s hardly anything new that it brings to the table. “Easy” is the opposite; it shows Cabello is a fantastic songwriter and proves that her vocals sound best when she is singing from her heart.

Cabello’s last single from her debut album, Camila, was “Consequences.” “Easy” and “Consequences” are both similar in that they’re not radio-friendly, but they’re both emotional and vulnerable. This is where the singer/songwriter truly shines.

You can listen to “Easy” below.