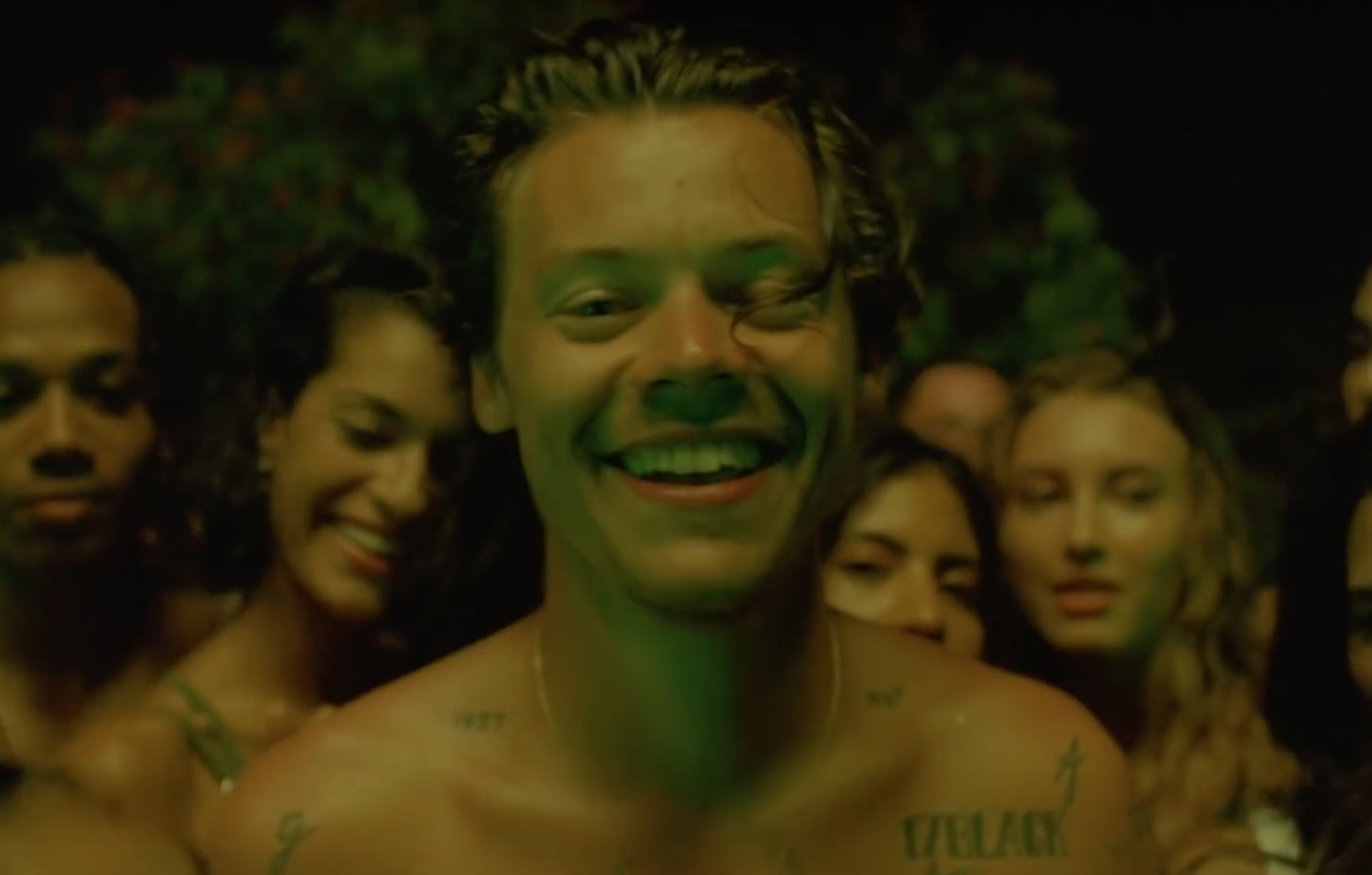 Harry Styles is no stranger to the unpredictable. With his new single, “Lights Up” — his first release since his debut album dropped nearly two years ago — he dives straight into an outspoken era. The track’s accompanying video is more scandalous than anything he’s ever done before. He dances among a sea of half-naked bodies, bathes in dark red light, and rides on the backseat of a motorcycle through the streets of Cancún, Mexico.

The surprise drop shocked fans globally, who were not expecting the One Direction star to come back so suddenly. But Harry never does anything without an air of mystery. And when he made his return, social media blew up with fans’ craziest reactions to the beginning of HS2. Clearly, the fandom is stoked:

'harrystyles added to their story'

Others shared their unwavering appreciation for the video—if you want to call it that.

HOW AM I SUPPOSED TO BREATHE WHEN HARRY STYLES IS…HIMSELF AND I GET TO WITNESS IT FOR FREE TELL ME HOW?!!?&€ #LIGHTSUP https://t.co/Mk43zvDUb5

Also, Twitter had a lot to say about the video and song’s release on National Coming Out Day. In the past, Harry’s been a very supportive advocate for the LGBTQ+ community, so dropping a song on this particular day makes sense.

Even Styles himself liked funny tweets reacting to his highly anticipated comeback.

For the most part, social media collectively freaked out over Styles’s new music. The outcome? Dedicated Styles fans exposing themselves in the most hilarious ways possible. Just see for yourself!

#LightsUp HAS REACHED NEARLY 3 MILLION VIEWS IN JUST 8 HOURS WHO THE FUCK IS DOING IT LIKE MR HARRY STYLES
pic.twitter.com/ogi8ES2HI6

Whether you like Styles’ new single or not, we think we can all agree that his return, at the very least, has been super entertaining. Perhaps the best part about an artist like Styles returning to the spotlight are the loyal fan reactions. Their unadulterated joy makes surprise music drops all the more enjoyable — and we can’t wait to see more.