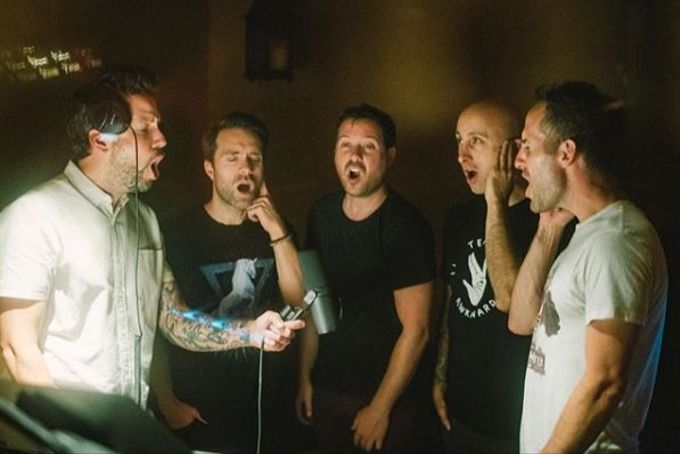 Released on October 10, “Where I Belong” is good. It’s really good, actually. Better than we expected, if we’re being perfectly honest.

Because sure, it’s easy to roll your eyes or be cynical about this. Simple Plan wrote that whiny “Welcome to My Life” song. We the Kings are one-hit wonders outside of their respective scene and State Champs are the stereotypical “Tumblr pop punk” band, but by writing off this song before you even give it a proper listen, you’d be missing an excellent piece of music that perfectly encapsulates a genre. With gang vocals, rolling drums, a classic I–V–VI–IV progression and even a jangly acoustic bridge, “Where I Belong” manages to combine some of the most iconic benchmarks in pop punk without coming across as forced or heavy handed.

In fact, the only problem this song has is that it’s a perfect Warped Tour-flavored summer jam that came along just a season too late.

“Where I Belong” hits all of the right nostalgia points and reminds us of middle school, when shutter shades and neon tight jeans were all the rage — and for as much as we’d like to pretend that our musical tastes have evolved far past this, the reality is they haven’t and a song like this makes our hearts soar.

Maybe it’s a bit cliché, especially where lyrics are concerned (it’s literally only missing a verse about a never-ending summer), but clichés aren’t always bad, especially when they’re employed so well. No, this song isn’t winning any awards for originality, but considering some of the less-than-stellar output that we’ve seen come out of other pop punk bands lately, we’re just glad that Simple Plan, We the Kings and State Champs are okay with sticking with what they’re good at.

If anything, “Where I Belong” proves that it’s not always necessary to reinvent the wheel. Though it’s a pretty simple song and definitely a run-of-the-mill Simple Plan song, it’s still highly listenable and even more enjoyable. We certainly hope that other pop punk bands of yesteryear take note: we could have a full, un-ironic pop punk revival on our hands.