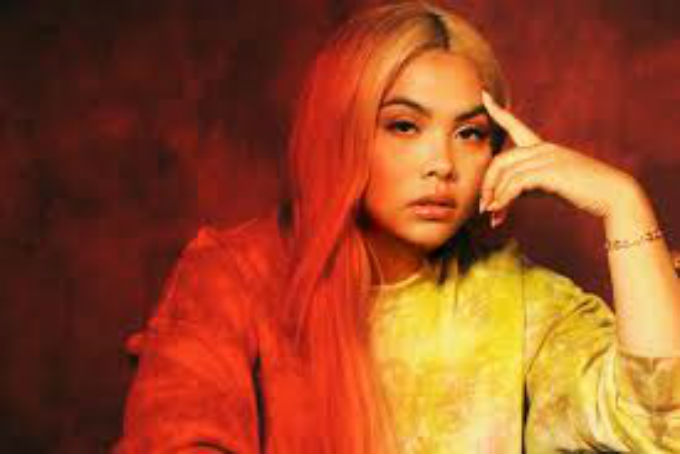 Lesbian Jesus, Hayley Kiyoko, stole our hearts with her painfully relatable single, “I Wish,” released earlier this year, and she hasn’t stopped there. The lustrous pop singer just released her latest single “Demons” from her upcoming release, I’m Too Sensitive For This Shit.

“Demons” is a realistic track about fighting off the shit in your head and trying to find forgiveness from the people you hurt along the way. The single gives us a new side of Hayley Kiyoko — being known for her uplifting pop tracks, “Demons” shows us the darker side of Kiyoko and how she feels pain like the rest of us. The track brings in 8-bit sounds to make it sound like you’re playing a game against the demons in your head, while giving you an insight into the self-discovery mission the “I Wish” songstress has been on with the demons inside her head.

“This project is about all of these feelings I’ve been learning to embrace because they are what make me, well, me. And it’s dedicated to you. I hope you love them like I love you.”

While there’s no official release for the entirety of I’m Too Sensitive For This Shit, Hayley will be releasing the collection of songs from now through January. She also announced the first leg of the I’m Too Sensitive For This Shit Tour, beginning in San Diego at SOMA on January 29 and ending on March 13 in Los Angeles at the Hollywood Palladium. Tickets and dates to the North American leg of Hayley Kiyoko’s 2020 tour can be found on her website.

ONE MORE TIME FOR THE PEOPLE IN THE BACK 🗣 😅https://t.co/VPtLJnYutz pic.twitter.com/IrBBdbWUt4