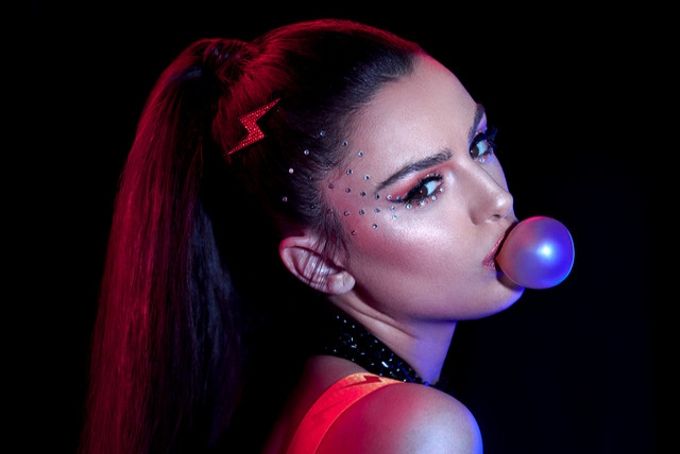 The wait for new Cher Lloyd music is over! The British pop star dropped her first single since 2018 last Friday, titled “M.I.A.” The bouncy, trap-influenced beat soundtracks a story about Lloyd’s escape from a bad party. “Let’s make a quick getaway // This party’s shit anyway,” she sings in the first lines of the song. The sassy mood of the single matches Lloyd’s previous singles, which are all a mix of bubblegum and badass. After one listen, you’ll be singing along with Lloyd as she suggests, “Now let’s go M.I.A.”

In the music video, released along with the single, Lloyd and her backup dancers perform in different settings, like a neon-lit laundromat and a dark, high-rise apartment. They’re also all wearing outfits from Lloyd’s recently announced clothing line, GLO, which will run as a partnership with streetwear music fashion platform Post Kulture.

“This song is a mood, it’s about capturing a feeling,” Lloyd told Billboard. “I wanted the video to mirror exactly that. I wanted the vibe to feel playful, expressive and fun. Every look gives a great insight into who I am and my personality.”

“M.I.A.” is the lead single off of Lloyd’s upcoming third album. Her last album, Sorry I’m Late, was released in 2014.

“I’ve written for so long that I now have so many songs I love and feel should be heard,” Lloyd said in an interview with Idolator. “The process of releasing music has changed a lot since I last released a full album. My goal is to give fans as many songs as I am able to.”

Watch the “M.I.A” music video below!

One thought on “Cher Lloyd Is No Longer “M.I.A.” With the Release of New Single”