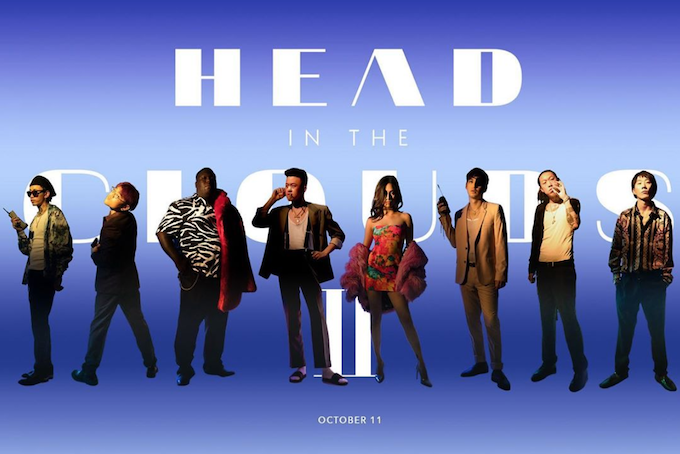 Media collective and label 88rising has become a premiere destination and platform for the representation of Asian and Asian-American talent in Western media. Since 2015, the label has been gaining momentum and a dedicated following with solo efforts from each of the resident artists, consisting of internet sensations Joji and Rich Brian, R&B songstress NIKI, American singer August 08 and Chinese rap group Higher Brothers. In 2018, the label released its first compilation album: Head in the Clouds. The project showcased the crew’s individual talents as well as the powerful effect of sonically different artists joining forces (i.e. “Midsummer Madness”).

It only makes sense to continue that momentum with a follow-up album: Head In the Clouds II. Executively produced by Joji, this year’s sequel leans away from the hip-hop and trap dispositions of its predecessor in favor of upbeat, feel-good R&B dance tracks. And just like last year, there’s no shortage of superstar artists featured on its tracklist.

Album opener “These Nights” sets the tone and brings Rich Brian and K-pop star Chung Ha together for a synth-pop groove. Drastically different from “The Sailor” rapper’s usual hard-hitting verses, the heavily auto-tuned Brian croons like a 90s R&B star with the sultriest of hooks. Chung Ha’s velvety voice adds to the sensuality of the retro track.

The dance-heavy tracks begin with “Need Is Your Love” with Japanese boy band GENERATIONS from EXILE TRIBE and continue with the Don Krez-produced “Breathe,” both of which feature Joji and his hypnotic melodies.

The Major Lazer produced “Walking,” features smooth vocals from Joji, Swae Lee and Chinese K-pop star Jackson Wang. As the commercial centerpiece of the album, the dancehall track is sure to please most listeners.

“Tequila Sunrise,” is another soundtrack to summer as the pop/hip-hop track features August 08, Higher Brothers, another appearance from Wang and rapper Goldlink.

Wang appears again on “I Love You 3000 II,” a remix of Stephanie Poetri’s original superhero-inspired track. The rising Indonesian singer’s song went viral over the summer as the remix blends hers and Wang’s mellow vocals. The acoustic-tinged ballad is a switch-up from the upbeat production of the album. It’s got a sweet video to match as well.

Although the album contains a lot of fun tracks, the most meaningful songs come from 88rising’s own NIKI. Her irresistible voice and tongue-twisting lyrics are showcased on the previously released lead single “Indigo.”

“La La Lost You” is another soulful R&B track with a pop production as NIKI graces listeners with her airy vocals and delectable lyrics.

She teams up with Thai singer Phum Viphurit on the shimmering ballad “Strange Land.”

On “Hold Me Down,” the Higher Brothers opt for a pop production than their usual edgy rap flair.

The album closes with Rich Brian’s “Gold Coast.” The rapper’s flow is smooth, and the newfound emotional connection is charming throughout his bittersweet lyrics and melodies.

This year’s sequel album is a surefire way of introducing the 88rising crew to a wider audience of listeners as its songs have already been dominating a handful of playlists. Head in the Clouds II proves that summer is an eternal vibe, and its artists are being heard.

Listen to Head in the Clouds II Now: