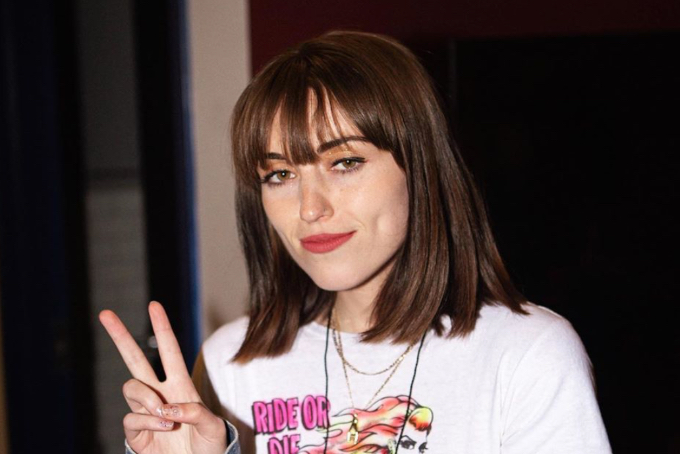 Sasha Sloan has carved herself a spot as pop music’s signature “sad girl.” In the early stages of her career, her whisper-y vocals and lyrics reminiscent of lonely late-night journal entries became her niche. Now in her latest EP Self Portrait, she reflects on herself, especially the third track, “Keep On.”

it’s here. link in bio. hope u love it i kinda poured my heart into it lol also thank u for all the support… im emotional so im gonna stop typing now love y’all xx

“Started crawling in my skin // Looking for a way out // I can feel it happening // So I talk myself down,” Sloan begins the song, her soft voice delivering an enigmatic aura. She describes the feeling of self-loathing, longing to transform into someone else and ignore the weight upon her shoulders. It stays true to Sloan’s usual demeanor — raw, revealing and devastatingly real.

hi guys my ep comes out 10/18 and it’s called “self portrait” here’s me with the painting of myself that i made for the cover lol there’s 3 new songs coming and they talk about being too sad to cry, atheism and how I deal with panic attacks. can’t wait for u to hear them xo

It’s a letter of hope to listeners and dedication to people struggling with mental illness — an anthem to play when trudging through dark days, backed by a subtle beat rather than the high-energy club synths invading the charts. Sloan leads her fans through a tumultuous journey — the ups and downs of depression, but still shining despite it all. There’s always more room for a reassuring tune, inciting a light despite the pressures of emotionally drowning. Sloan can do it all with a satisfying flare and still maintains herself as the embodiment of pop music’s future.