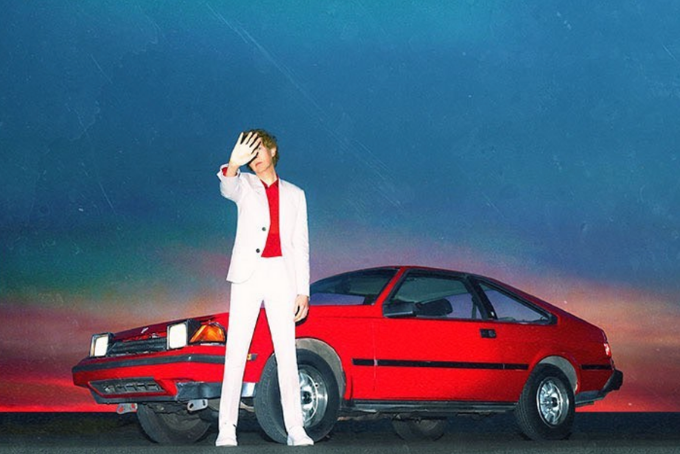 The mind behind anthems like “Loser” and “Wow” is a low-key artist named Beck who doesn’t like too much attention and doesn’t give himself enough credit. His baffled and humbled reaction to winning Album of the Year at the 2015 Grammys, beating greats like Beyonce, Ed Sheeran, Sam Smith and Pharrell Williams, is a clear example of that. A career spanning about 30 years, the LA singer-songwriter is notable for combining many music styles in his material, as well as writing with other artists. In anticipation for his 14th studio album release next month, Beck offers a teaser for fans with two new singles off of Hyperspace.

“Hyperlife” is a proclamation of thought and feeling. The track creates a utopia, with soft-electronic beats that slowly descend at the minute-and-a-half mark. It’s short and sweet and leaves us yearning for more.

“Uneventful Days” begins in a whimsical, slow fashion. Then, Beck chimes in, expressing lyrics of passing time and the waiting game of life. His iconic and cool voice circles back to his original style. The first few lines casually reveal a stressed mind: “Uneventful days, uneventful nights // Living in that dark, waiting for the light // Caught up in these never-ending battle lines // Everything has changed and nothing feels right.” Co-written by Pharrell Williams, the song’s tempo is set-up to take you away for a few moments.

Williams contributed to seven of the 11 tracks, including “Saw Lightning,” which was released in April. Other collabs include Sky Ferreria and Chris Martin. The album arrives two years post Colors, which features jams like “Dreams” and “Up All Night.”

The cover of both singles features Beck standing in front of an older model car amidst a cotton-candy sky. In a recent interview with NME that he “really tried to be less ambitious on the production on these songs like to let them be simple and let them breathe.” This creates a dreamlike adventure that the songwriter promises on November 22.