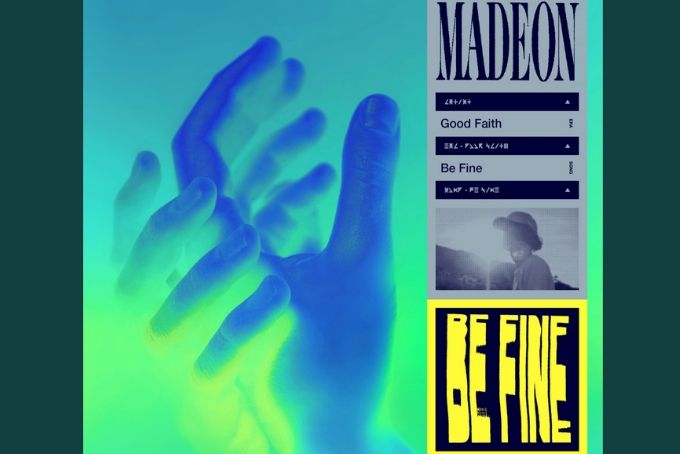 Four years after the release of his last album, Adventure, Madeon has officially announced the completion of his next body of work. The upcoming project, titled Good Faith, has been delivered to his record label and with this news came Madeon’s latest inspiring single, in which he assures us that we’ll all “Be Fine.”

“Be Fine” was prefaced with a note regarding the producer’s recent struggles with mental health. He details that “it felt wrong finishing and releasing music celebrating joy” when he simply “couldn’t feel that joy at all.” Therefore, the arrival of the feel-good track couldn’t have come at a more appropriate time. We’re certainly glad he took a moment to reclaim his healthy state of mind before dropping his latest single.

As is the case with most of his songs, “Be Fine” was written, produced, mixed and mastered by Hugo Leclercq himself. The track also features the French DJ as the lead vocalist, which is a talent he has become increasingly confident with over the course of time. The absolute control Madeon has over his music assures that we’re always receiving his most genuine work, which is an anomaly in today’s industry.

“Be Fine” kicks off with a brief piano loop before diving into a blend of funky synths and clipped choir samples. The midtempo instrumental and processed vocals pair well with previous Good Faith singles “All My Friends” and “Dream Dream Dream“.

In terms of lyrics, the song bears a positive message that everyone deserves to hear, including Madeon himself. The opening line doubles as an empowering mantra that’s also simple enough to be manifested daily: “Today the world is gonna do me right.” It’s all one could hope for.

Good Faith has yet to be stamped with an official release date, but you can listen to Madeon’s “Be Fine” single below in the meantime.