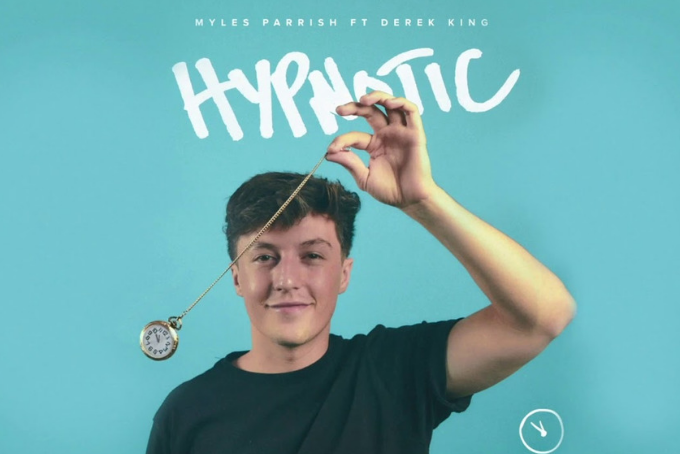 It may be spooky season, but if you’re still looking for a hot girl summer anthem then look no further. Myles Parrish dropped his new single “Hypnotic,” featuring Derek King and it’s a total vibe.

The proud Bay Area native took to social media the week of the single release to announce he would be dropping new music. “Hypnotic” is the sixth single Parrish has dropped this year already alongside his recent singles “In The Morning,” Latin-inspired “Drop It (Donde Quieras),” and all too relatable heartbreak single “Repair.” The 27-year-old singer started off 2019 strong when he dropped his highly-anticipated single “Back” in February, which has gained over 1 million streams, after posting a snippet back in December 2018 that went viral and left fans wanting a full version.

His recent single, “R&B Singer,” also came about from a short story video he made into a song that gained a significant amount of views on Twitter.

Working with producer Cal-A on the beats for “Hypnotic,” together with singer-songwriter Derek King, Parish has yet again come with another hit. The single stays true to the San Fran sound and Cal-A production, bringing major last-minute hot girl summer vibes.

“Outfit looking like would you be mad? // She a grown woman that’s that on that // Lotta skin showing and she doing it with class” Myles sings in the first verse referring to men not regulating or shaming what women can wear being adults. A king.

“Hypnotic” is a definite yes from us as the perfect party single and a definite must-see on his upcoming West Coast With You I’m At Home Tour, hitting San Diego, Phoenix, LA, Fresno, Sacramento and Berkeley in December. His single is available on all streaming platforms and tickets for his upcoming tour as well as social can be found on his website.