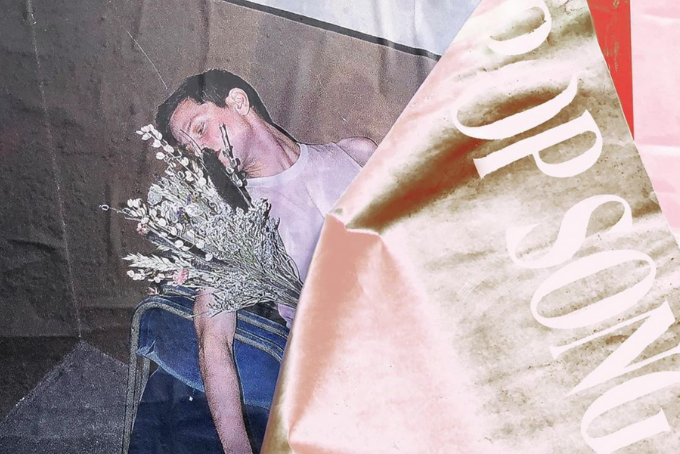 Mike Hadreas, the person behind Perfume Genius, has spent the past year collaborating with choreographer/dancer Kate Wallich and the dance company, The YC, to create the live project The Sun Still Burns Here, which debuted in Seattle earlier this month.

“Pop Song” follows “Eye in the Wall,” another part of the dance project with Wallach and The YC.

It’s easy to imagine a choreographed dance accompanying this track. Made up of synth sounds, echoing vocals and muffled voices and sound effects, “Pop Song” feels like a song you might hear in a dream.

Even though it clocks in at just over five minutes long, the song is made up of only two verses. The lyrics are opaque but still give the listener a feeling of community. “Our body is stretched // And holding one breath // Shoulder our pain // And bury what’s left,” feels like a resolution, a promise to carry on.

“I imagined an ecstatic pile of bodies preparing to be consumed by the gods,” Hadreas said of how he wrote the track. “A joyous communal sacrifice of the physical to spiritually level up. The lyric is like a conjuration spell to be sung when the mountain of bodies settles in position and is held still as an offering.”

Starting in November, the show will be performed on select dates in New York City, Minneapolis and Boston.