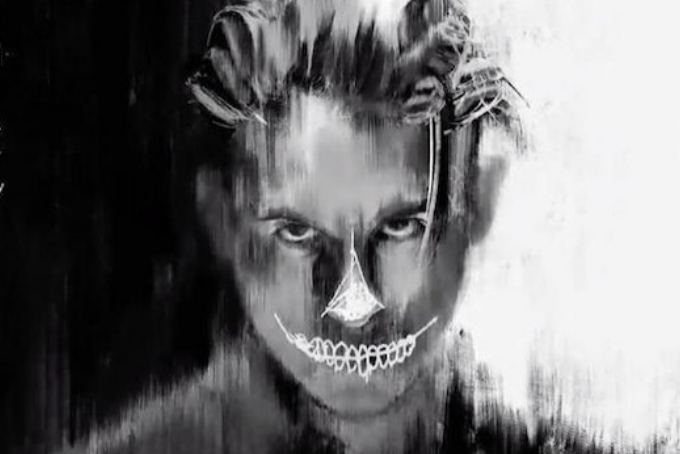 G-Eazy has been on a music-releasing roll this year, and this time it came just as spooky season hit. Scary Nights is the perfect Halloween hit list that you didn’t know you needed. G-Eazy gifted us earlier this year with his upbeat party-song EP B-Sides, which dropped this summer. Lucky for us fans, G-Eazy indicated that he was not quite done making new music for the year, ushering in Scary Nights.

G-Eazy first teased Scary Nights on Instagram early in October with a Halloween-themed post and captioned it “Scary Nights.” About a week later, G-Eazy released his lead single for the new EP, “I Wanna Rock” featuring Gunna.

I Wanna Rock ft @gunna produced by my brother @boi1da and directed by @danielczerni out everywhere now… We just getting started. #ScaryNights #EazySeason🦇👿🎞🐍🦇 (link in bio)

The music video for “I Wanna Rock” released not long after the song debuted. This video set the stage for the EP and has a familiar Joker essence. Visuals show G-Eazy trying to pull off a heist, being arrested, and even in a straight jacket being wheeled through a hospital. To add to the Joker vibe, G-Eazy released the EP artwork the night before the releasem and it eerily resembles the Joker‘s infamous smile while bringing the G-Eazy flare.

The Scary Nights EP fully released October 18, and it includes many different rappers including Gunna, French Montana, Moneybagg Yo, Preme, Dex Lauper, Miguel and The Game. These artists perfectly compliment G-Eazy and really add to the EP’s overall sound. G-Eazy fully embodies the Halloween spooky season theme with this EP.

A few days after the release, G-Eazy took to Twitter and Instagram to see how fans were reacting to the new music and let’s just say fans are LOVING it. Check out all the fan responses:

What’s your favorite track off Scary Nights so far? 🦇

Thankfully, Halloween and spooky season are upon us and we have new G-Eazy music to go along with it. If you thought that G-Eazy was done making music for this year, think again. G-Eazy will be releasing his fourth studio album, These Things Happen Too, sometime later this year. We can’t wait for more new music from G-Eazy, but for now, we are perfectly content with the new spooky season hits he has given us.