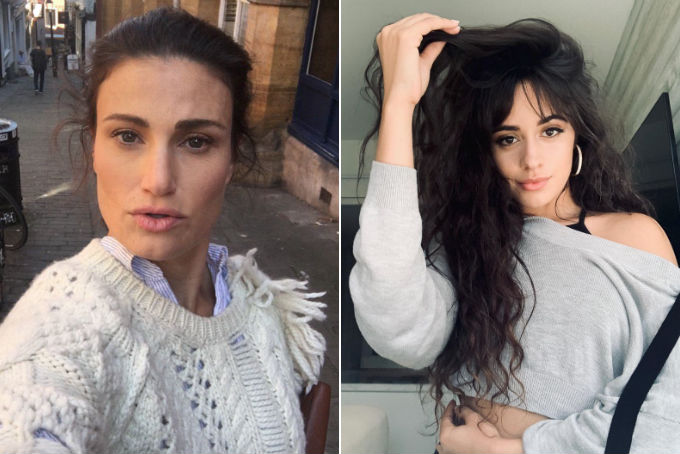 Good news! Idina Menzel is joining Camila Cabello in the Cinderella musical movie. Billboard exclusively reported that the Broadway superstar, known for her roles in Wicked and Rent, would play the evil stepmother in the upcoming Sony film.

Cabello is adding “actress” to her singer-songwriter résumé by playing the titular lead princess — her first lead role in a movie. She will also provide music for the film. And Menzel isn’t the only one who will be joining her, either. The Hollywood Reporter previously reported that Billy Porter will play the fairy godmother. He confirmed his casting at the 20th New Yorker Festival, and has previously won an Emmy for his work in FX’s Pose and a Tony and Grammy for his role in Broadway’s Kinky Boots.

Behind the scenes of the musical is no less impressive. Kay Cannon, who is known for her work on the Pitch Perfect film series, NBC’s 30 Rock, and her recent directorial debut, Blockers, will direct. James Corden and Leo Pearlman, partners are Fulwell 73, will produce. Corden is the one responsible for the idea of a modern take on the classic fairytale.

Despite singing on for the project, Menzel has a lot of other things going on right now as well. The actress is also starring in Disney’s upcoming movie sequel Frozen II, which hits theaters on November 22. She also released her holiday album, Christmas: A Season of Love, on October 18.

Cabello spoke to Variety about her role in the upcoming film. “It was one of those things that felt like God handcrafted it for me and was, like, ‘Here you go.’ I just couldn’t say no. It’s honestly a dream for me. And also a little bit terrifying.”

Because this is her first movie, the acting process is new for her. Cabello revealed some secrets that her acting coach has taught her. “For my first acting classes, I was, like, ‘What the f–k am I doing here? This is so scary.’ But my acting coach, Anthony Meindl, taught me it’s all about the act of surrender and ‘the art of listening,’ as opposed to being in your head. … My big problem is being in my head a lot, overanalyzing and overthinking, to the point where it sucks the joy out of things that are joyous.”

It’s a strategy that Cabello now also uses in her musical career as well, saying, “It made me more open and more vulnerable in the studio.”

Kay Cannon confirmed on Twitter recently that the film’s release date is February 5, 2021. The film is set to shoot in London in February of next year. The role of the prince has still not been cast as of publishing time.

Are you excited for a modern retelling of the classic Cinderella story? Let us know in the comments below or on Twitter @soundigest.