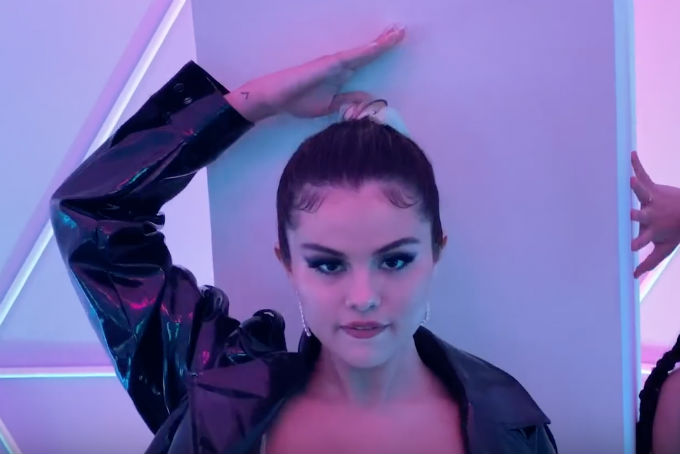 When a singer produces an empowering anthem, it’s a signal of their break-through. After a brief pause from the music scene, since the release of Revival in 2016, female warrior Selena Gomez gave fans a chance to dance again with the incredible bop “Look At Her Now.” The track, released on Thursday, Oct. 24, is an uptempo jam that caught the pop world by surprise. The cover art is a picture of her at a young age, but now, that girl is rocking through the wreckage that made her “more of a woman.”

The cool, techno rhythm initiates the song, which is a tangent from her past material. Julia Michaels and Justin Tranter co-wrote the jam with Selena, who wanted to demonstrate a story of a woman bouncing back with lyrics like: “Of course she was sad. But now she’s glad she dodged a bullet / Took a few years to soak up the tears / But look at her now, watch her go.” Many emotions are mentioned and depicted in the track, which lasts just under three minutes.

Another clause that caught our ears was “She knows she’ll find love (She knows) / Only if she wants it / On the up from the way down / Look at her now, watch her go.” Selena addresses that love after a breakup will come again only in your own time and only if you’re ready to let someone else back in. Rather than give in to peer pressure by  jumping into another relationship, reconnect with yourself first; check in, and then sing this song to whomever it was who broke your heart.

The video takes place in a futuristic hub with various bright lights that alternate in accordance with the beats. There’s no dramatic movie of a breakup or her taking out her anger on something else. Selena and her girl gang move with great flow in the hypnotics and dance it out. The style is Janet Jackson or Madonna-esque.

Selena’s other newly released single, “Lose You To Love Me,” is an emotional ballad that will be sung for ages to come. The two very different singles are Selena’s way of connecting with fans and getting her thoughts out there. In an interview with Sirius XM radio, she said that her intention for the track was to show her “ride-or-dies” that she is “okay.” “Basically the whole song is … telling a story. And it’s just always about kind of redeeming yourself and making sure that you acknowledge that you kind of mess up … you go through your stuff but you can always come out of it just feeling like a boss.”

The chorus is contagious and the lyrics are impactful. Selena delivers, but most importantly, she did it for her. We stan. Watch her go in the video below.