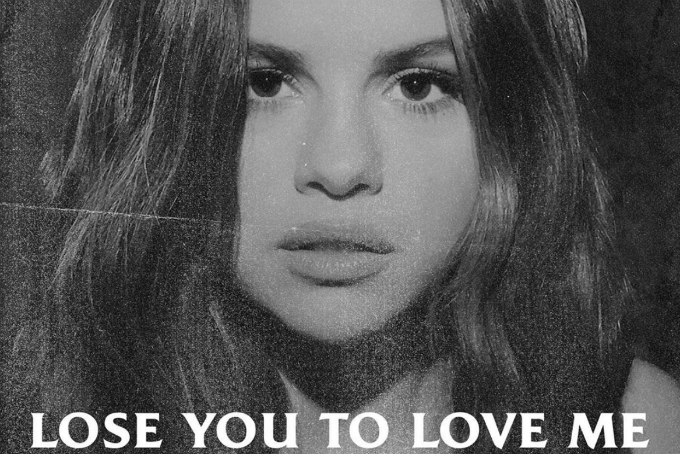 Selena Gomez is back with her most vulnerable and triumphant song in years. “Lose You To Love Me” was released abruptly, with promo to hype fans for the song appearing just a week before its release. The song is part of an upcoming project that Selena is slowly, but surely, releasing information about. For Selena’s fans, it’s been a long time coming. In fact, it’s been four years since her last album, Revival.

The song starts off simple, with an isolated piano to highlight the intensity of Selena’s words. She describes the beginning of a relationship and the warning signs that she encountered as time went by. The chorus builds both instrumentally and vocally to show the strength it took to overcome this toxic situation.

In the second verse, Selena gets even more real about the pain she went through. She boldly states: “In two months, you replaced us / Like it was easy / Made me think I deserved it /
In the thick of healing,” likely nodding at her recently married ex-boyfriend, Justin Bieber. But who the line is about is minor compared to what it represents: the tenacity Selena has shown in the past few years.

Along with the song, Selena dropped a matching music video that was shot entirely on the new iPhone 11. It’s an uncomplicated video with pretty much the same visual throughout, which really allows you to focus on the punch of the lyrics. The video is shot in black and white, showing Selena sitting at a confessional box alone. Aside from some visual effects, the video is simply Selena singing the song with no distractions. It’s straightforward and works perfectly for a comeback single like “Lose You To Love Me.”

Once the song and video came out, it didn’t take long for Selena’s fans to react in a big way. They took to Twitter in unison to express their excitement for the pop star’s comeback, and more importantly, their tweets truly encompassed what the entire fandom is feeling right now.

When Selena Gomez said “I needed to lose you too find me”, I felt that.

damn selena gomez knew exactly what to say in Lose you to love me. i’m out here crying. frfr. hitting.

Selena gomez \ lose you to love me
I CAN’T GET OVER THE LYRICS !!

From tough luck with love to a major health crisis, Selena has graciously overcome everything in her path, and “Lose You To Love Me” is a celebration of that triumph. Coming back from an album hiatus with a song so raw takes bravery, and Selena Gomez has proven that it’s the best way to do it.