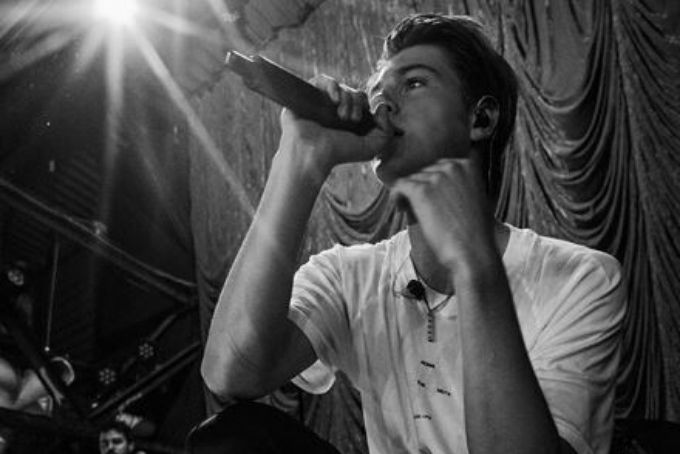 Today Australian singer Ruel celebrates his 17th birthday! At just 17, this rising artist has accomplished quite a bit. The London-born, Australian-raised singer only started his career two years ago with his debut single “Golden Years,” working with mentor and producer M-Phases, who has believed in him from the beginning and since then has seen nothing but success in his career.

His followers and streams are growing every day with almost one million followers on Instagram, over 100 thousand on Twitter and singles almost at 100 million streams on Spotify. His debut four-track EP Ready, which was released in June 2018, really put him on the map of the music industry gaining the attention from well-known artists like Elton John, Khalid, Tyler The Creator and Shawn Mendes. His most popular singles on the EP include “Dazed and Confused,” which has reached over 80 million streams, and “Younger,” reaching over 90 million streams and counting. Along with high streams, both singles — along with “Don’t Tell Me” — have all been certified Gold in Australia. He now holds the record for the youngest recipient in history to receive the prestigious Australian Aria Award for Breakthrough Artist of the Year.

Along with going on multiple headlining world tours, the singer-songwriter has opened up for Khalid on his American Dream World Tour and is currently on his second headlining world tour in celebration of his sophomore EP, Free Time, playing a sold-out show in New York today. Ruel continues to blow people away with every listen of his music and interaction with him, making it indisputable why he has so much success with a voice so unique and effortlessly beautiful at 17. One minute in to listening to his music, you’ll be adding him to your list of favorite artists and wondering how someone so young can have so much talent. He’s a young prodigy with so much success in his future. Happy 17th, Ruel, we wish you so many more years of success and happiness!

For links to his socials, visit his website, as well as links to his music on all available streaming platforms.