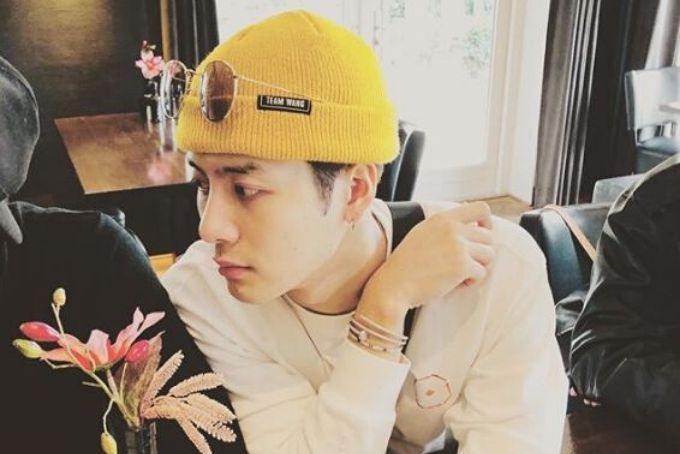 As a long-time member of the K-pop scene and a member of GOT7, Hong Kong rapper and singer Jackson Wang has been balancing his solo endeavors in China and America along the way. Since 2016, his efforts have included releasing solo singles in Chinese and English. This eventually led to him spearheading his own label — Team Wang. The international star has now released his highly-anticipated debut album, MIRRORS.

With a title that tells all, the eight-track album’s a current reflection of Wang’s life as he takes listeners through a turbulent time period. The songs showcase a vulnerable side to the the 25-year-old singer as the tracks represent eight different raw emotions from beginning to end.

On the first single, “Bullet to the Heart,” the singer emotionally ruminates on a regretful relationship. “I fell for a stranger // With one in the chamber // Who left me for dead and with a scar on my heart,” he sings. In the dramatic music video, a mysterious woman dressed in black is seen manipulating Jackson in a straitjacket.

Although it may seem like the song’s about love, the rapper has explained that the meaning’s up for interpretation.

“Based on the lyrics, people may think it’s a love story — like a girl hurt you, tortured you in a relationship or whatever. But it can be about society and obstacles in life. It’s going to keep coming back, dragging you down, but you still keep going,” he says according to Apple Music.

“On the rocks” is another pop-rock track in which he emotionally sings about a lost love. “Takings shots just to numb the pain // ‘Cause it hurts when I hear you name // I don’t even wanna close my eyes // ‘Cause you’re the one I see when I dream at night,” he broods. The track gives off a melancholy despair similar to some of Post Malone‘s famous works.

Two songs in and it may seem like it’s all sad, but new singles “Dway!” and “Titanic” are a celebration of his success. “Dway” or “对” means “right” in Chinese as Jackson sings confidently about his career and his own path to success. The groovy track mentions being on the cover of Rolling Stone and references luminaries Mick Jagger and Keith Richards.

“Titanic” features rapper Rich Brian as it also touches on his work ethic. The black and white music video is paired with vibrant choreography as Jackson sings the chorus in a sensual, whispery, ASMR-like voice. Brian adds his own flair to the fun hip-hop track.

In addition to the many positive moments on his journey, a look behind the lyrics of “Unless I’m With You” details the tolls that Jackson’s extreme work habits and lack of rest have taken on him and his health. “I wish I could spend all my time with you // I’m always working instead // It’s getting to my head // When all that ever mattered was you,” he sings.

The trap-influenced hip-hop track “Bad Back” features rapper Goldlink and details the uncertainty of a relationship or life in general. The album closes with “爱 (I Love You 3000 Chinese Version).” The original Avengers-inspired track is sung by Stephanie Poetri and was later remixed as a duet with Jackson. This time, he sings solo and offers his own Chinese lyrics and interpretation of the sweet love song.

As a member of an ultra-popular K-pop group and the face of many brands, Wang still manages to showcase his hard work and passion for his craft as an individual artist. The versatility of MIRRORS is an accurate representation of his life as it is now and we’re excited to see what comes next.