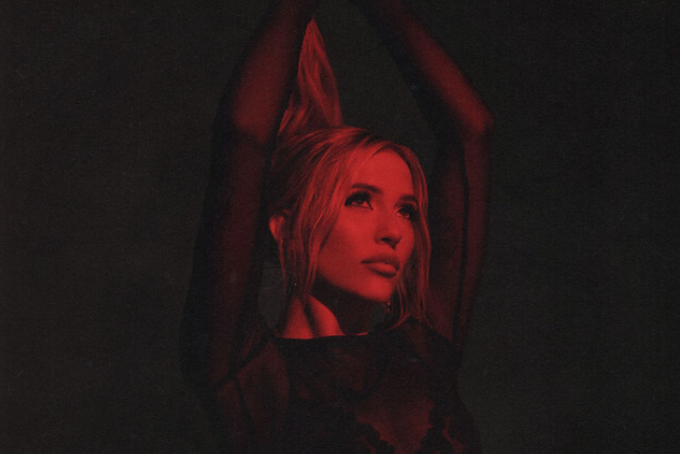 The newest release from budding pop star, Lennon Stella, is a celebration of hooking up with new people. In her new single, “Kissing Other People,” Lennon comes to the calming realization that she’s over her past relationships. It represents the relieving instance where you notice the disappearance of past love and acknowledge your openness to new experiences.

After her first EP release titled Love, Me that put her on the map, Lennon has been touring with huge names. She’s currently on tour with The Chainsmokers and 5 Seconds of Summer. She’s been performing “Kissing Other People” on tour as an unreleased treat, and fans are thrilled that they finally have a recorded version to jam out to.

“Kissing Other People” is an easy and relaxed pop song that showcases Lennon’s beautiful vocal abilities. Although the song is laidback, the single cover artwork is the opposite of breezy. On the cover, we see Lennon lit by a moody red light with a black background. Although the stark visual contrasts the overall vibe of “Kissing Other People,” it represents Lennon’s confidence that shines through. Through the lyrics, we can see Lennon’s concrete sense of self and strength to move on. It’s a great introduction for anyone who might not be familiar with her music.

The song represents the relief that comes with finally getting over someone. “Kissing Other People” is that moment where you find yourself casually kissing other people and not feeling guilty about it, or even dwelling on your ex at all. It’s the remission of guilt from a past relationship that you used to carry with you at all times. It’s a feeling of freedom and excitement for the future.