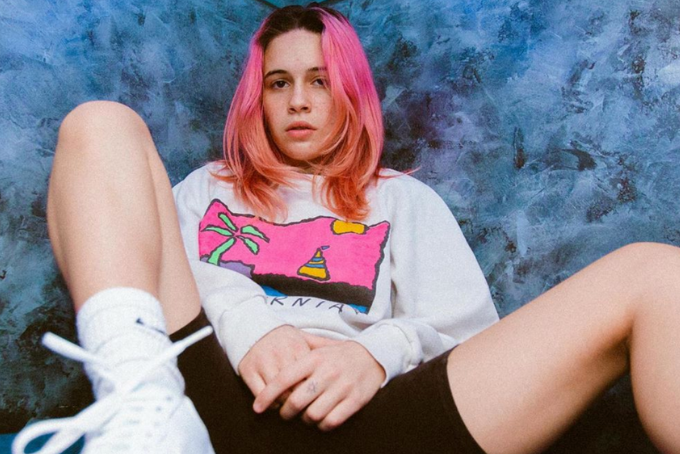 Bea Miller has a lot to say with her bold new single, “That Bitch,” which dropped last Friday.

The instrumental is almost haunting, with what sounds like a harpsichord playing the main melodic line. A trap beat quickly kicks in, along with “yuck!” sound effects that match the take-no-prisoners lyrics.

Miller paints a stark picture of the double standards that women face, like men who believe that they’re allowed to cheat in relationships because they’re men and a society that tells women to cover up their shoulders when they’re out in public.

“Since you are a dude, yeah, you can tell the truth // But as soon as I do, I’m a bitch,” she sings matter-of-factly, summing it all up pretty perfectly.

It’s a bold statement of a song — the chorus starts with the line “Society is sucking on your dick,” and some might decry the raunchiness of the lyrics, but the sentiment of fighting against double standards is something that every woman can relate to. With “That Bitch,” Miller has created a song that encapsulates the anger that many women feel when faced with a world that refuses to take them seriously.

“When women assert themselves with strong confidence and intelligence they are often ridiculed by men who claim they’re being a bitch, but when men present themselves in the same way they’re praised and promoted,” she tweeted at the release of the song. “I’m not saying this is all men, but in my experience as a woman, I’m not taken as seriously in a leadership role regardless of how good I am at what I’m doing. Women are capable of accomplishing just as much as men are but aren’t always given the same attention and opportunity.”

Check out the song below!