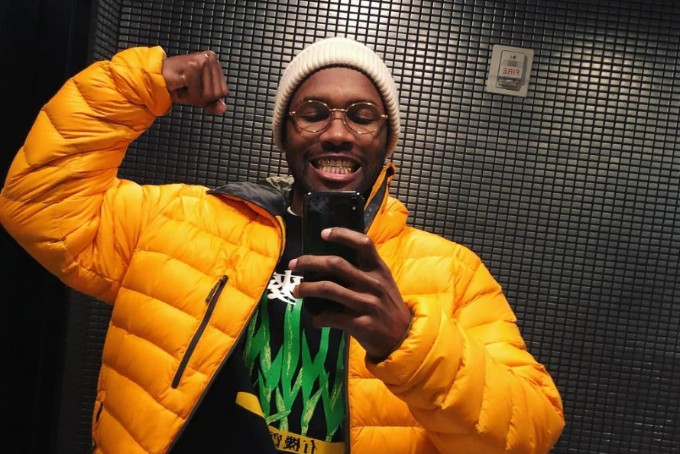 A truly talented rapper with a resumé of intricate and glossy melodies and falsettos, Frank Ocean surprised fans over the weekend with a new single. The latest track, “In My Room,” along with “DHL”, is a hint for a follow-up to the masterpiece that was blonde in 2016. We can’t wait to hear more from the mastermind behind hits like “Thinkin’ Bout You,” “Nikes,” “Novocain” and “Pink + White.” The American singer-songwriter from Long Beach, CA began his musical career as a ghost writer. After joining Odd Future in 2010, he arose on the scene two years later with the release of Channel Orange.

The track’s just short of two and a half minutes, yet Ocean seems to disclose many debacles, similes and warnings. His work stays true to his style of calling to a generation. His unique attitude and creativity’s demonstrated in his music. This single’s great because it combines the lyricism and sounds of the last two albums, which shows his true craft as a talented rapper.

The cover features him in a natural stance with hands folded, in his bedroom, with fixated, dim eyes on the camera. The black and white photo doesn’t reveal much, but it leaves us wondering what tricks he has in store for the completion of his album.

Ocean’s choice to release two singles two weeks apart came as a shock to fans, who had no inclination on social media that more music was in the works. But we’ll play the waiting game if that means more jams from Frank Ocean.

Take a two minute break, and listen to the track below.