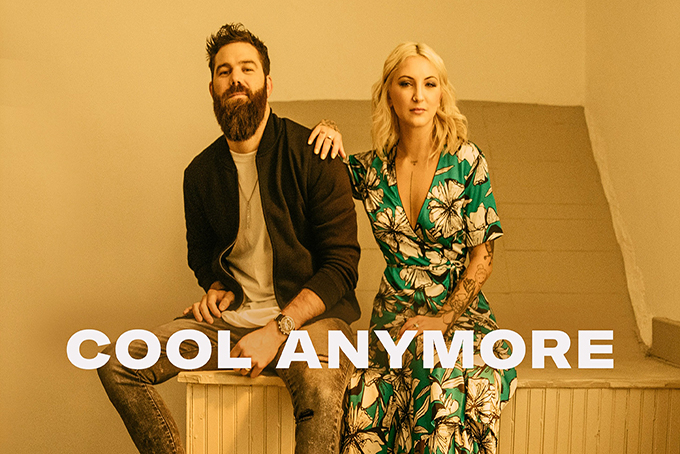 Known for his role in helping to break the gender divide in country music, Jordan Davis has done it again with his newest single, “Cool Anymore.” “Cool Anymore” features Julia Michaels and it is amazingly heartfelt and sweet. The “Issues” singer is someone that Davis has looked up to, so asking her to collab was an easy decision.

Davis posted on his Instagram just a few days before the song announcement with a teaser of him and Michael’s saying, “Let’s Geaux.” This led fans to believe that an amazing collab was in the works.

Just a few short days after the teaser, Davis and Michaels officially announced the single, and, lucky for us, it was released the next day! Michaels posted the cutest photo once it was released. You could tell both artists were happy to have collaborated.

The song starts off about being the coolest one in the room and the pressure that this position holds. We all feel these pressures sometimes, so it makes the song real for listeners. Later in the song, though, it takes a shift and looks at “being cool” from a different perspective.

Davis sings about what happens after all of the glitz and the glam of being cool fades away and how love sees through the “cool.” Some of our favorite lyrics are: “Don’t you know that I’m already yours? (Already yours) // You don’t have to be cool anymore // Cool anymore.”

Michaels comes in in the second verse for a beautiful duet from a girl’s perspective, which often gets overlooked. They end the song in a beautiful melody, encouraging to be just who you are because if you love someone they don’t have to be “cool.”

Davis and Michaels released the song just in time for the gender-breaking CMA Awards that are happening this year, with much of it being hosted by strong female country artists. Davis sees the true power that women hold and has shown his empowerment of women in country music throughout the course of his music career.

We can only hope for there to be more amazing women collab-ing with Davis for his next album. Until then, fans can see Davis, alongside Kassi Ashton and Hailey Whitters on his Trouble Town Tour that will be starting in January 2020.