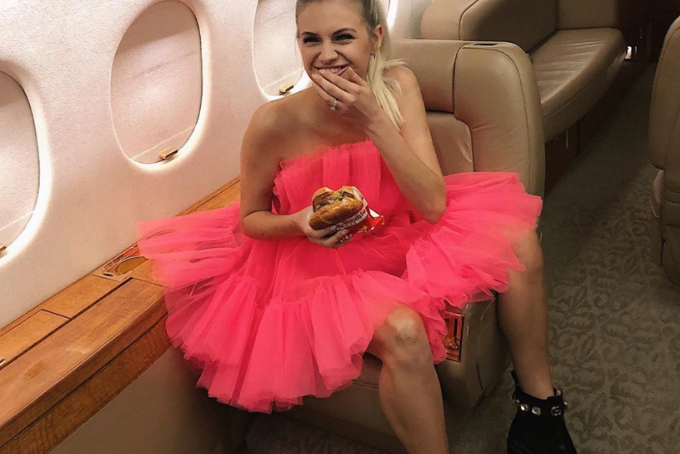 Kelsea Ballerini‘s newest single, “Club,” is so relatable, it’s scary. In the country genre, it’s more common to sing about getting drunk and partying than not. In “Club,” Kelsea makes staying home on the couch in your pajamas on a Saturday night sound cool, and we love her for that. If you’ve ever felt an overwhelming desire to not go out and pretend to have fun with a bunch of drunk strangers, this song is for you.

The structure of “Club” is pretty standard for a country bop, but the lyrics make it one of the most unique songs we’ve heard in a while. It’s no secret that being in your 20s comes with an overwhelming pressure to spend your weekends partying and going out to clubs or bars. It is the prime time for your wild years, and many people feel compelled to party before becoming too old (which is a load of BS, by the way).

Binge drinking, casual hookups and staying out until 2 a.m. are normalized and expected. But what if you’re tired of going out, or you would simply rather stay in? In “Club,” Kelsea sings about those who are bored with getting drunk with strangers in grimy clubs.

With an extremely catchy chorus, “Club” is destined for success. It also appeals to a large portion of people who might not relate to the constant songs on the radio about the glamour of partying. Don’t get her wrong, Kelsea loves tequila, dressing up and hanging with friends, but she would rather do it at home, surrounded by people she actually cares about. It’s the perfect track for a night home with your girlfriends, choosing take out over hookups.

If you’re looking for a song that will get stuck in your head easily and make you feel seen, “Club” will be your new anthem. It’s a country song with an apparent pop influence, much like most of Kelsea’s discography. If you like the clever storytelling lyrics found in the country genre and the addictive energy of pop, you will have Kelsea Ballerini’s “Club” on repeat in no time.