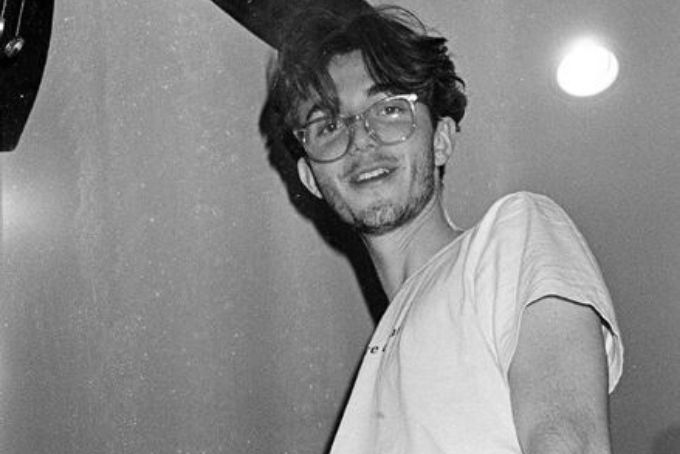 Greyson Chance has been on a rollercoaster in the music industry since his start in 2010 through his cover of “Paparazzi” by Lady Gaga, which was discovered by Ellen DeGeneres and skyrocketed him onto everyone’s radars. Almost a decade later, the “Boots” singer is on his biggest world tour to date alongside his first 100% original album, Portraits, which came out in March.

“Boots” speaks volumes about where Greyson has been and how far he’s come in music, which makes it an essential listen for any diehard fans that have been following him since the beginning, past fans who want to be reintroduced to him, or pop enthusiasts who’ve never heard of him before. “Boots” is unapologetically Greyson. With lyrics like “I’ve been western before all of these punks // These punks in California who think that they can punch” and “’Cause I’ve been making people mad from the start // And making too much money to be wasted in this bar,” Greyson conveys that he’s proud of his Oklahoma roots and that he tends to face tension in the industry between who he is and who people want him to be.

Not only are there plenty of “punks in California” who like to go along with trends even if it’s not authentic to themselves (although that’s a culturally relevant reading of the song), there’s also a deeper connotation regarding the glamorized part of the music industry versus authenticity, which has been a frequent struggle in Greyson’s own story between 2010 and 2019.

My favorite BTS shots from the Boots music video. At this time last year, I was putting the finishing touches onto portraits, and now we are less than 24 hours away from the beginning of a whole new era. STREAM THAT MOTHER FUCKER TONIGHT AT MIDNIGHT X.

Sonically, “Boots” does a great job of combining heavy bass and synthesized vocals — very catchy and popular elements in current music — with interspersed piano parts that bring the song back down to earth and remind us of Greyson’s roots with the instrument. But perhaps the greatest strength of the track is the music video, which brings the lyrics of the song to life in a vivid, symbolic and satisfying way.

Whether intended or not, Greyson’s music video is full of autobiographical symbols. When he first arrives on the scene, he’s inside a metal go-kart, which conveys an otherworldly sentiment, like he doesn’t fit in with his surroundings, paralleling his Oklahoma roots in contrast to the music scene. Consistently, Greyson’s movements are bold throughout the video; he’s unmistakably confident, which both emphasizes his current life while potentially echoing a façade he held in the industry as a child when he was still searching for his sound. Either way, his confidence is undeniable and perhaps the most powerful aspect of the video from a fan’s perspective.

Primarily, the video centers around a fight Greyson has with another cowboy. Here’s where the literal lyrics shine through — Greyson wears natural black (“Black on Black,” anyone?) and well-worn clothes with a cigarette, while the other cowboy wears a trendy outfit that looks unnatural, accompanied by a juul. Through the progression of the fight narrative, we see that Greyson’s beat up by what’s trending and potentially loses. This symbol hits especially close to home, as Greyson chose to pursue a bachelor’s degree and leave music behind for a few years.

Similarly, there are mini scenes depicting a circle of trophies where Greyson stands and sings despite the blood running down his face; he even sings from where he’s lying knocked onto the ground at one point. This could symbolize many things from the pressure of success to feeling trapped in one place to even acquiring personal success without trophies. Greyson got onto the YouTube comments to explain, “The Trophy imagery will make a lot more sense around album time. (;”

AND THE NEW CHAPTER HAS BEGUN.
MY BRAND NEW SINGLE BOOTS IS AVAILABLE NOW WORLDWIDE. THANK YOU TO YOU PUNKS FOR LETTING ME DO THIS FOR 10 YEARS. https://t.co/J2QHuca0dy pic.twitter.com/HpOnqorgZr

Both the ending of the music video and “Boots” as a whole show that Greyson has a resilient spirit. Despite what’s been thrown at him, he always manages to get back up and throw more punches. As fans, we’ve heard him use the motto “keep throwing punches” all the time in relation to goals and dreams, and watching him actually throw punches certainly brings smiles to our faces.

Catch Greyson on his current tour and be sure to check out the “Boots” video and share your own interpretations below.